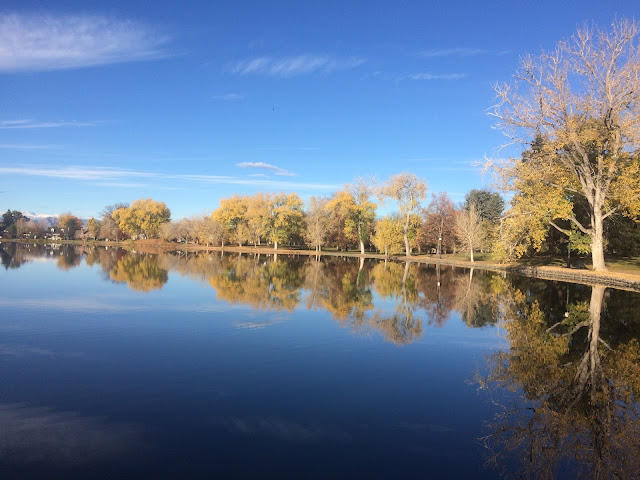 The instant after I snapped this photo, a gruff old man walked up to me and wanted to have a conversation about the reflective levels of the lake. "It's not usually so reflective, you see..."

I feigned interest, and tried to be as friendly as possible while backing away slowly in an attempt to get away. I've never met anyone who was so interested in the various reflective capacities of a body of water. Thankfully after a minute, his wife ambled up behind him and he continued his diatribe about reflection with her. I was able to sneak away and start running south. It's not that he was rude or even insufferable...he just had so much to say about light reflecting off of water that I found him to be overwhelming. I was happy to get away.

Apart from that conversation, and even including it, this was a pretty swell morning at Wash Park. There were wispy clouds, a few yellow leaves clinging to trees, geese everywhere, and did I mention the lake was more reflective than normal? 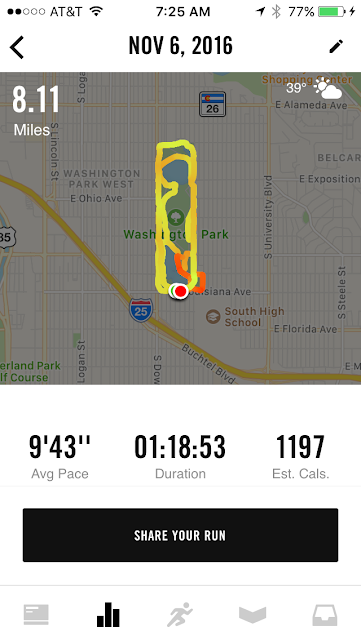