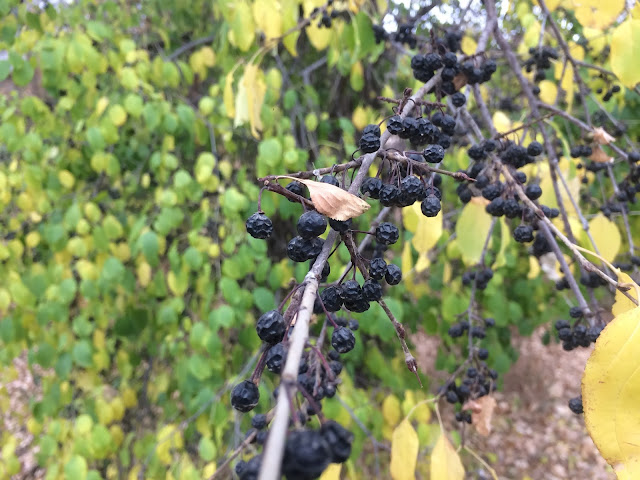 After 201 consecutive Denver days without snow, this was the day that glorious streak would come to an end. I knew the vile white stuff was coming, so I tried to cherish this run as much as I could. I hit the Highline Canal Trail because once snow hits, it tends to make the path muddy, icy and unrunable for months at a time. The cold front had not yet hit, so the weather was pleasantly in the 40's, but there were unmistakably gloomy clouds moving in and there was a gray foreboding in the air. I took a picture of these berries which had shriveled and turned black...I can only assume because they knew the snow was coming and were so depressed that they took their own lives.

The actual run was actually quite pleasant, but I couldn't shake the feeling of dread from the impending storm. Even though the forecast actually calls for nice weather in the coming week, I still can't help but feel like winter has closed it's icy grip around me, and it makes me shudder a bit knowing that the warmth of spring is months and months away and the cold and darkness of winter will only get worse. (In case you didn't pick up on it, I don't like winter and snow.) 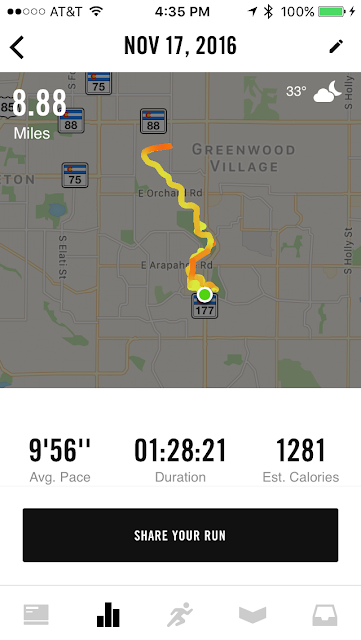