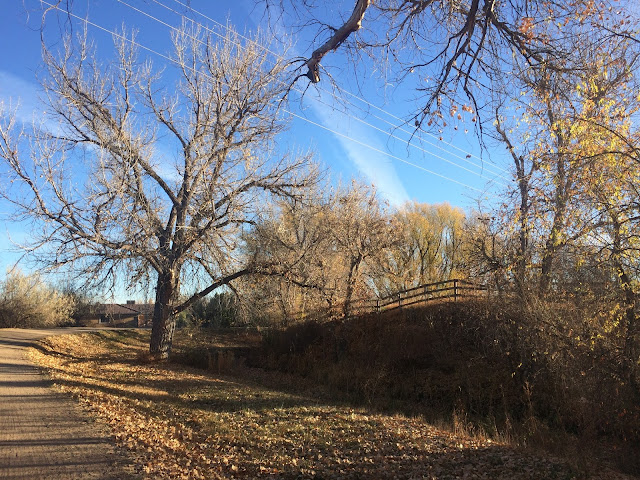 After a crazy week at work, my mind was kind of fried. I just ran with abandon and did another longish run knowing that I would be missing my Sunday run since I was going to attend the early Sunday service at Mission Hills so that I could watch the Broncos play an early game in New Orleans. If I wanted to get in some miles, I needed to do so on Thursday and Friday, and after this run was over, I had done over 17 miles in the past two days, so mission accomplished.

I really like the picture for today's run, because I like how the shadows from the fence make it look as if the fence is extending into the trees. This picture would be way cooler if the power lines weren't there, but it still is pretty nice. 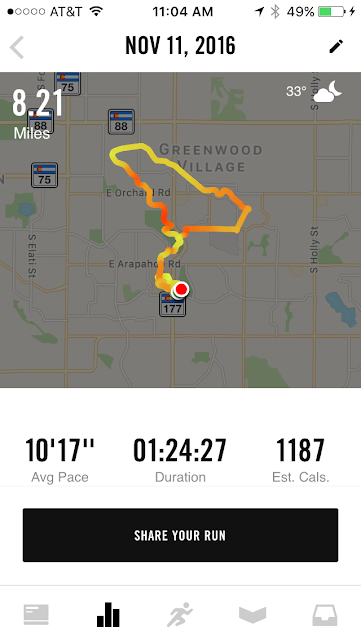