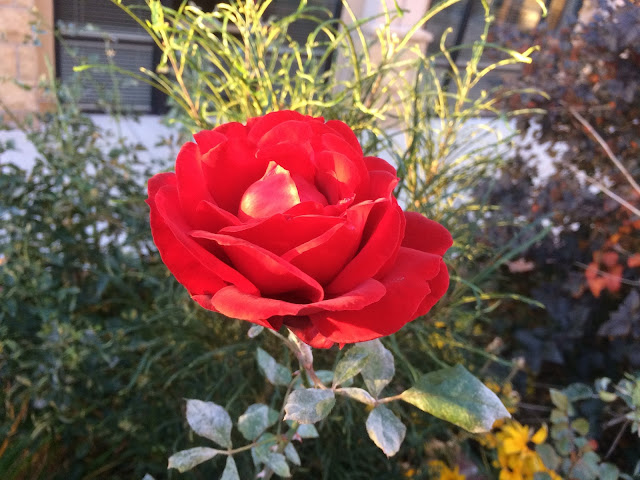 Twas my final run before the end of Daylight Savings, and so we had reached maximum darkness time before the sun rises on my run. I was in no mood to go traipsing through the dark, and was also dangerously low on Pokemon supplies, so rather than venture off into the dimly lit parks and neighborhoods of Littleton, I went to the Streets at Southglenn and ran loops through the mall while hitting up Pokestops. I didn't see all that much exciting and new, but I now have a full compliment of Pokeballs, I'm all caught up on the Walking Dead 'Cast, and I was able to see the sun rise on this beautiful rose...so not all is lost. 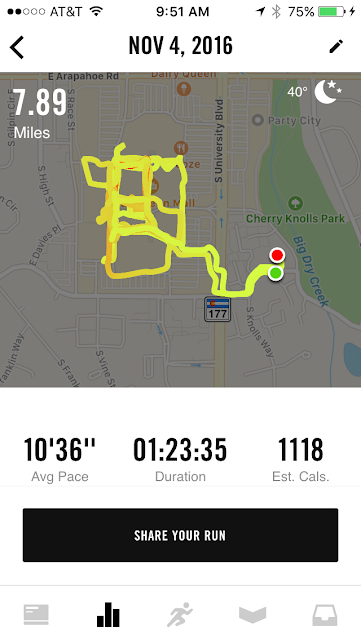