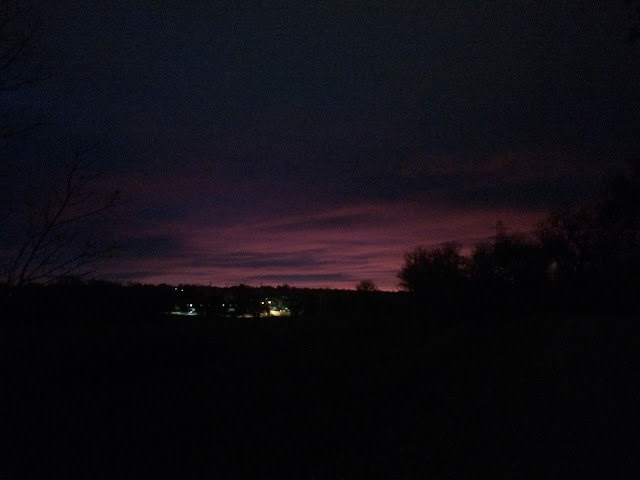 With the Daylight Savings Time being extended through to November a few years ago, these mornings in Last October are dark for a very long time. I had been running for at least 45 minutes when I took the picture above, and it was still barely light. The good part of this is that when there is a killer sunrise, I get to see it. This one wasn't that great, but the super early part of it was kind of cool, as it had almost a purple hue to it. Also, despite the fact that I was running in pitch black for a good chunk of this run, at least it was warm, as it was already over 60 degrees when I started at 6AM. It's kind of insane to have 60 degree temps an hour predawn when it's almost November. 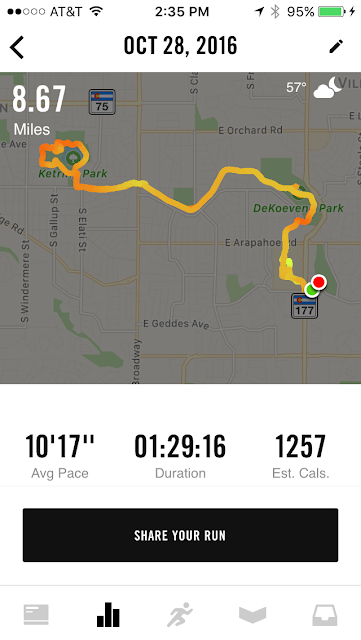