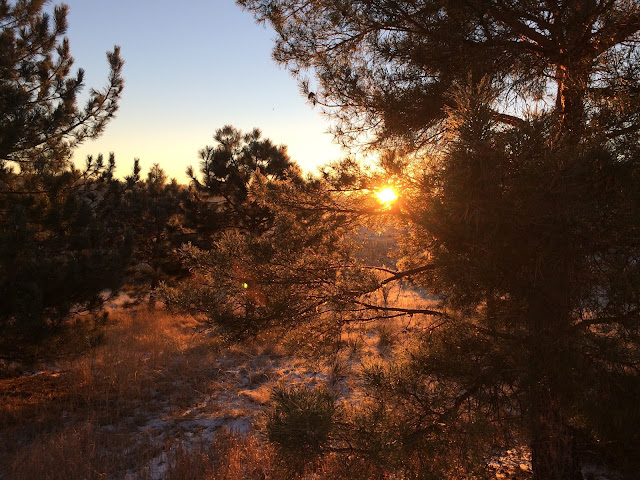 It's weird to think that at 11 degrees this morning was MUCH warmer than yesterday. Problem was that I was running outside this time, so it was much colder for me personally. Also, I pushed it pretty hard yesterday, and my legs did not bounce back as quickly as I might have hoped. I was cold and tired on this run, and couldn't really push through to get into a groove. This was one of those defeated runs where I walked half the time and just felt defeated...add to that the fact that it was too cold to be walking, and I was shivering as I walked defeated. Not a great morning for anything other than being slow and cold...still, the sunrise was pretty! 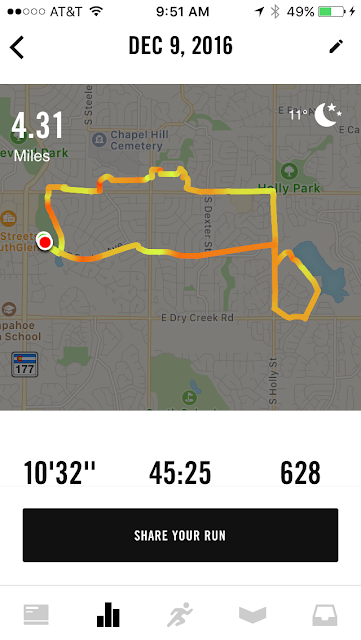