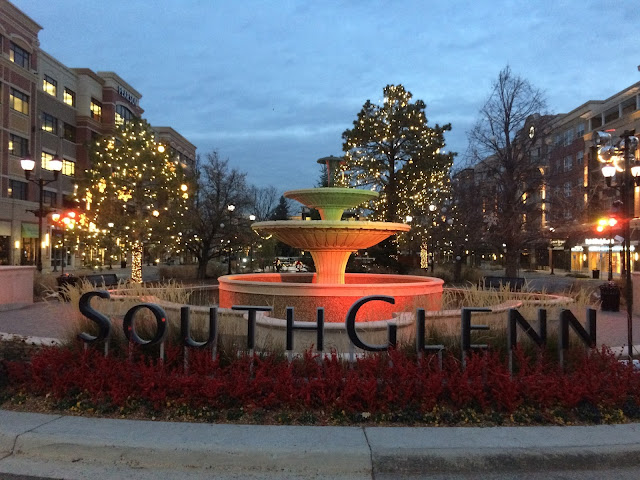 I traipsed out into the freezing cold out of duty more than desire today. I wasn't feeling it, but I won't be able to run on Sunday, and I need the miles. I drug my feet getting out the door, and didn't actually start running until around 6:30, and I felt like taking it easy, so I pulled out my Pokemon app, circled Southglenn several times, and coasted to a very lame five miles. It wasn't fast, it wasn't inspired, but I managed to finish anyway. For the second day in a row the morning was as cold as the 76ers playoff chances, but I put in my time so that by the end of December, hopefully I finish my 36th consecutive 100 mile month...that was literally the only thing getting me out there this morning.

At least I got a good photo of the Southglenn fountain lit up for Christmas in the morning light, which looked pretty cool. I probably won't run again until Tuesday morning, so hopefully I'll be more in the mood by then. 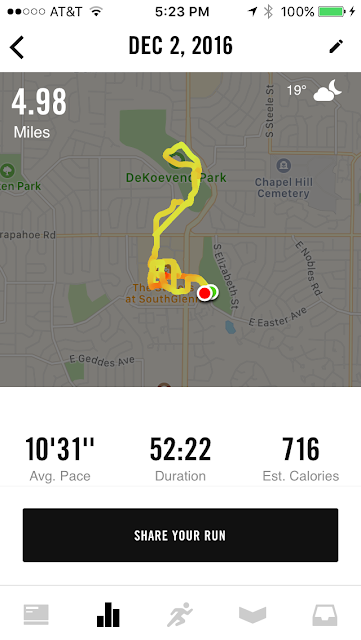