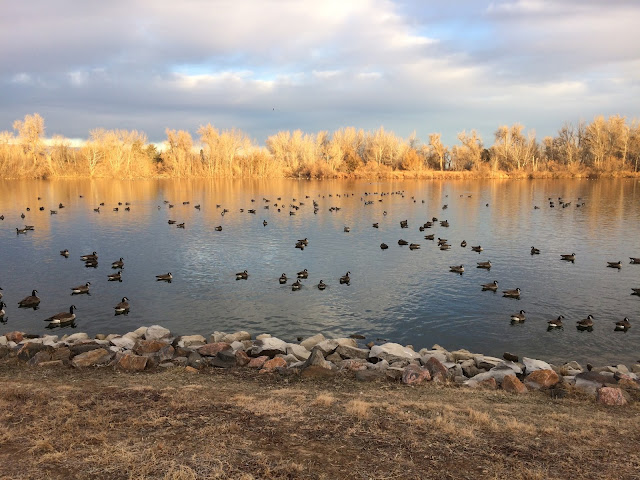 December started with a solid run. This one's a little weird, because I'm not sure exactly how much time I spent running because my phone's battery died before I got home, and by the time I had plugged it in and gotten ready for the day, my phone said that my run lasted over 2 hours and I averaged over 17 minutes per mile...neither of those numbers are accurate, as I was averaging under 9:30 per mile almost all of this run and got hosed by not bringing a backup battery with me like I usually do.

Despite the stats being way off, I realized that if I don't play Pokemon while running, I can actually radically improve my stats. I mostly just buckled down and ran this morning, with a few breaks to catch my breath. It felt pretty good to focus, but as December begins, the real cold weather is finally starting to settle into Colorado. The first 30 minutes of this run were wicked cold, thankfully the sun rose and made me think I was warmer, even if the temps didn't significantly rise.

How about this photo? So many geese! Ketring Lake was filthy with them...literally. The path around the lake was littered with more green turds than I can ever remember. Geese are THE WORST. There are signs all around the lake saying "Do not feed the geese, it's bad for them." I may toss them a bag of bread specifically because it might make their survival less likely. I hate this gross birds...even if they are occasionally pretty, they still gross up the place pretty badly. 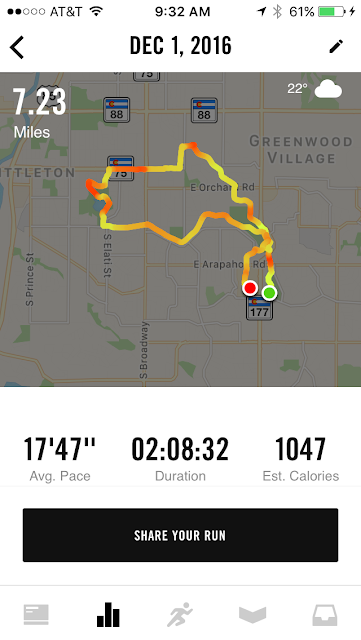