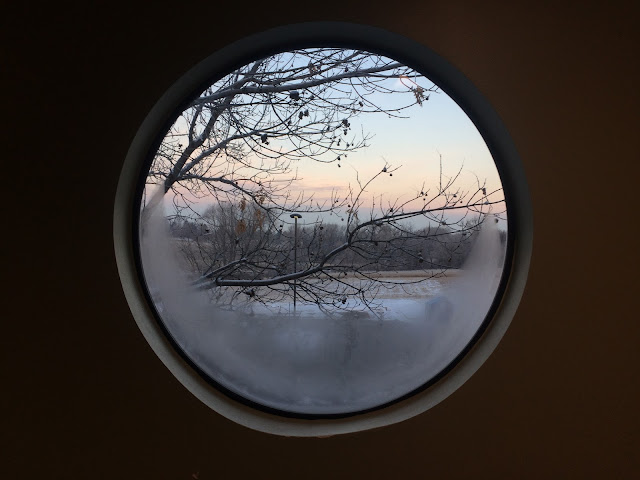 If you look at today's map below, you'll notice a few things. First, my path looks a bit like the Flying Spaghetti Monster. Second, the temperature listed in the top right corner is not a misprint. It was negative three degrees when I started running this morning. I have been accused of being crazy about running, but my insanity only goes so far. If the temperature has a minus sign before the number, I'm not running outside. Therefore this arctic cold front chased me indoors to the Goodson Rec Center track.

Running around in tenth of a mile circles is not my favorite thing, but every once in awhile, it's not so bad. I actually enjoyed being indoors, as it allowed me to run in short sleeves and shorts...something I haven't been able to do for awhile. I'm not entirely sure I actually got eight miles in, as you can tell from the map there were a few times my GPS went a little nuts, but in general, I don't think it padded my stats TOO badly. Plus, I had about a half mile stretch on my Tuesday run where I forgot to restart my running app, so I figure it all evens out in the end.

The best part about running indoors is the ability to retreat to a locker room equipped with a steam room. Ten minutes relaxing in there will restore your faith in all that is good. I felt amazing as I walked out freshly showered into the icy temperatures of the morning. I don't plan to run at the Rec Center that often, but it's sure nice to have in case of emergency. 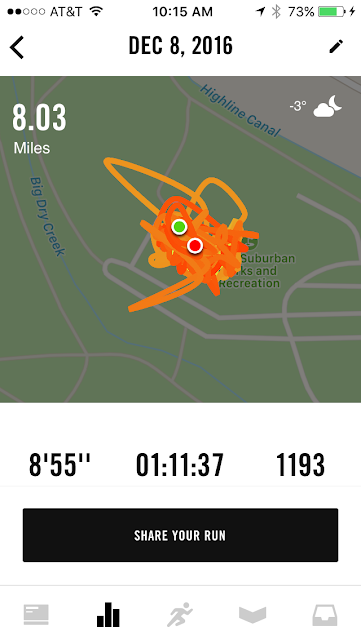