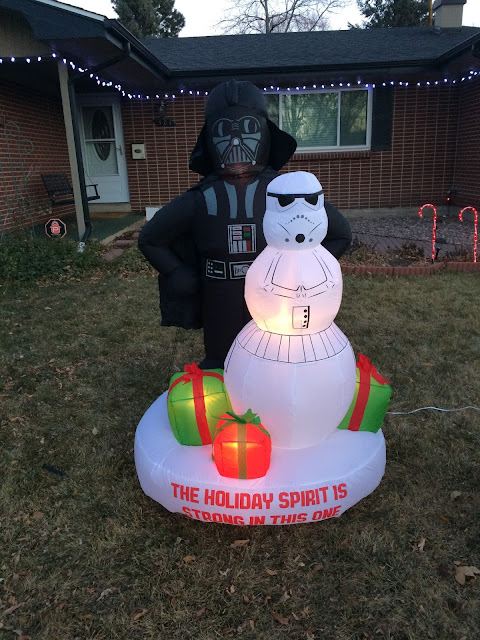 It was eleven degrees outside when I left the house this morning. That is miserably cold. Thankfully, I have a balaclava mask that I was given as a Christmas gift last year which made it bearable. The funny thing is that I originally thought that the balaclava was something I'd never use, but I've pulled it out two or three times now on exceptionally cold days, and it's saved my bacon. On days when it gets this cold, it's actually motivating to keep pressing on running, even if I'm really tired. Reason being that after I've run for a couple miles, I get really sweaty, and if I stop, the sweat does an all too effective job of cooling me down when coupled with the bitter cold. I have to keep moving in order to keep warm. I did stop at one point because I needed a rest, and I quickly got super cold.

A few interesting things I came across during this run...I found this inflatable which combines Christmas with the Dark Side in a marriage that makes it obvious to me that you can sell anything with a Star Wars license. Also, I passed by a guy who appeared to be in his mid thirties who was just walking down the street in shorts and a t-shirt. I was legitimately worried that this guy would die. Hopefully he staved off hypothermia. I still can't believe I saw that.

The final weird thing I encountered this morning was what appeared to be a movie production in action. There was a big truck and a camera crew, and two actors. One woman who walked quickly away from a building to a car and dramatically tried to open the car door and then appeared to get angry and throw things and start crying. Then a man came from behind her and hugged her to comfort her. The acting was melodramatic and silly, which made me think I may have stumbled upon the filming of a Hallmark Channel production. Also, the car was parked in a handicapped spot, which I found distasteful. It was all I could do to keep myself from wandering into the background to ruin the shot for no other reason than to be obnoxious. I JUST managed to avoid doing so while watching the whole silly affair. What a weird thing to witness. 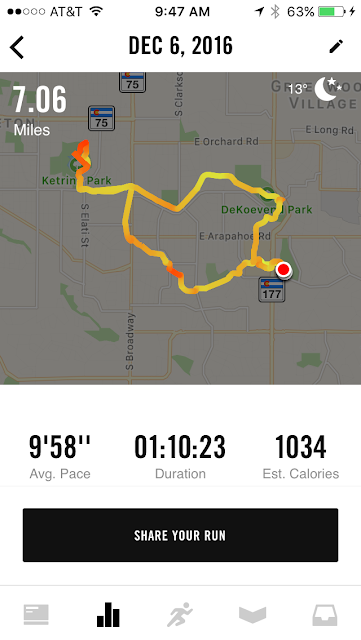