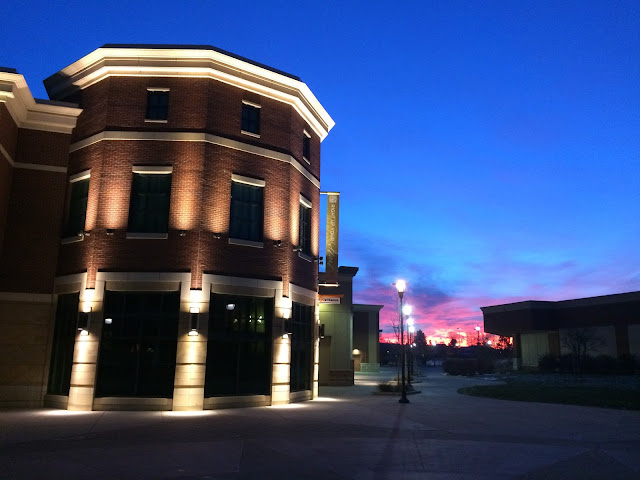 This run had a lot of Pokemon intrigue. The first three miles were spent mainly at the Streets at Southglenn loading up on supplies and the multitudes of Pokestops available there. However, the real fun came when I ran over to DeKoevend Park. I was planning to just run through and hit a trail, but then I realized that one of the closest parks to my house was a Squirtle nest, which means that a very rare Pokemon was suddenly in abundant supply and I could load up. I spend the next hour running around the park and managed to catch 13 Squirtles...my son's favorite Pokemon. Prior to this morning, I had only ever caught 26 of them in total...and that is playing since July. It was a pretty excellent morning.

Today's sunrise was spectacular, the sky went from black, to purple to pink and blue in a matter of about 15 minutes, and it was amazing to watch. Two years ago as I was preparing to have to begin running in the morning, I didn't think I'd ever reach the point where I prefer running in the bitter morning cold, but we may have reached that point. It's just better to run in the morning, and I love it. 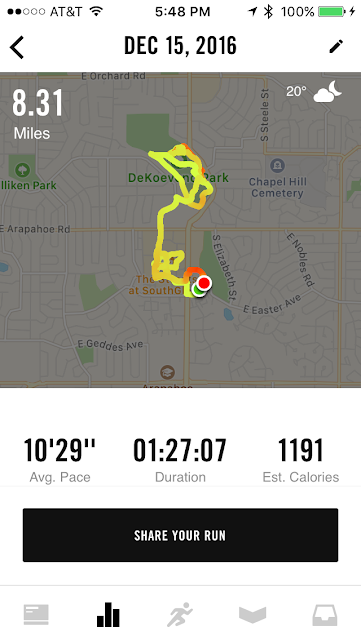