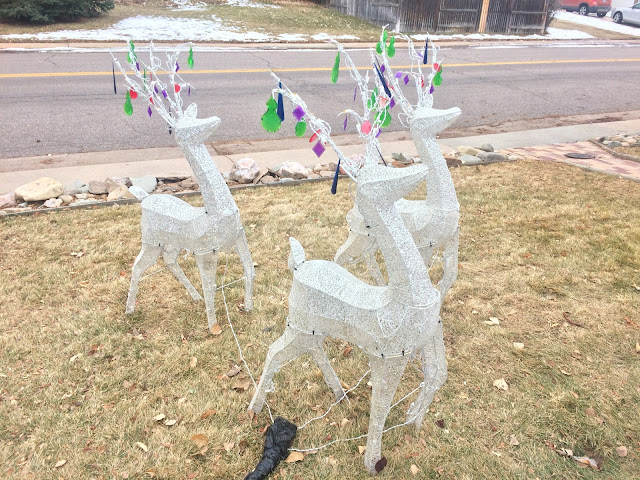 It was a gloomy Christmas day, but I felt good. The sun refused to poke out from behind the clouds, and I even briefly had snow fall on me...not enough to truly qualify as a "White Christmas", but it definitely fell for about 10 minutes. I went out a bit later than usual, as we opened gifts that morning prior to my leaving, so I was in the post gift-giving glow, which had me in a pretty good mood. Since it was Christmas, I was listening to my favorite Rich Mullins album, which has several references to Christmas and is about as close to Christmas music as I get. I listened through it a couple of times in celebration of the holiday. I spent most of my time in DeKoevend Park collecting Squirtles, as I knew a migration was coming, so I had to gather my Squirtles while I could. DeKoevend is a gorgeous Park, so if you're going to do laps around a place, you could do worse. I didn't really find a good photo until I was on the final approach to home, and I saw these lawn deer with crystals in their antlers, which seemed appropriately Christmasy to me. 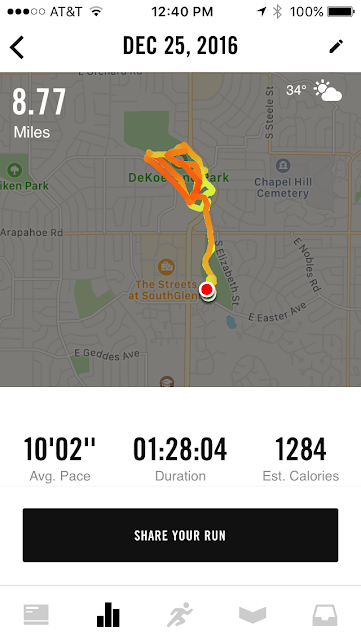