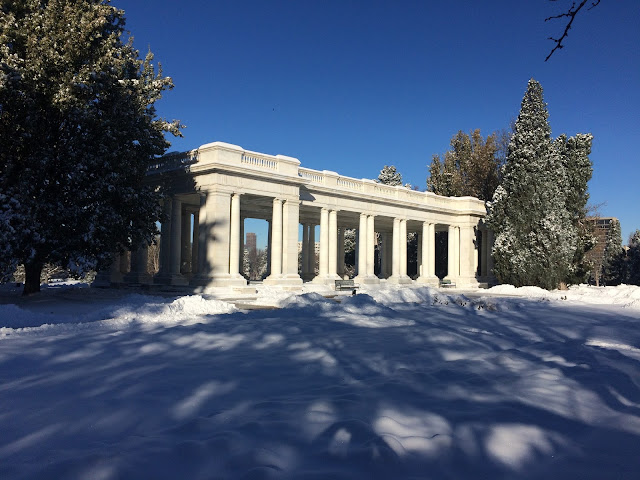 It was 2 degrees outside when I began, there were 8 inches of snow on the ground, and 75% of Cheesman Park was not shoveled. Yet I ran. I did so for two reasons: One, I needed the miles, regardless of how slow they would come. Two, Cheesman Park was a Seel nest, and I needed Seels in Pokemon Go.

I bundled up so extremely that despite the frigid temps, I felt hot for a good portion of the run. Running through snow piles makes one really slow, which is a large part of the reason that my mile times exceed 12 minutes, which is RIDICULOUS on a normal run. Still, I was proud of myself just for getting out there. I ended up running almost the entire time without my glasses, because for the first ten minutes I tried to use my glasses and they would immediately fog up, and then because of the cold, the fog would form ice crystals and my lenses looked like snowflakes and were completely impossible to see out of. So, I just put them in my pocket and ran blurry. It was kind of nice...like running through a really cold Monet painting. I also caught enough Seels to evolve two Dewgongs, which was a major coup to my Pokemon collection. 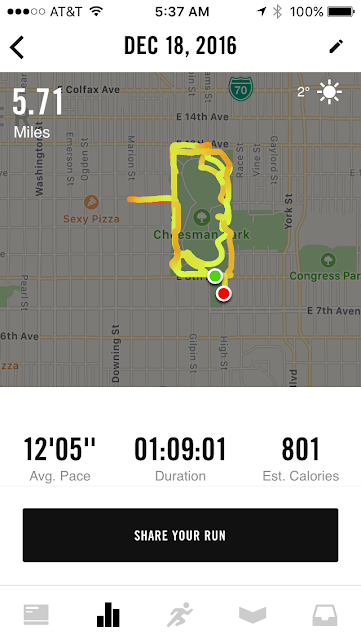