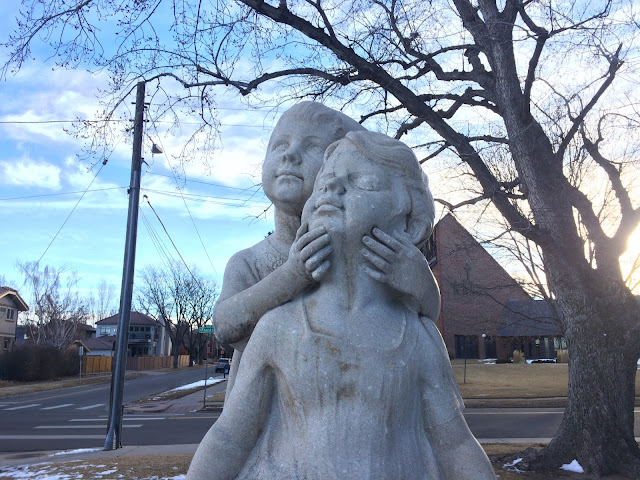 I attempted to go without ibuprofen the night before, so my bruised/cracked ribs were a little more sore than they have been for awhile. Still, I was determined to get in at least five miles so that I could reach month 37 in a row of at least 100 miles. Things were a little ginger the first mile or so, but I eventually began to shake loose and feel pretty good. By the end, I had managed to speed up my pace so that it was faster than ten minutes per mile and I was feeling practically no pain. I reached the five mile mark at the north end of Wash Park, but decided to call it a day right there and walk back to the south end of the park. I had achieved my goal, and since I had done that, my new goal was to rest until Thursday so that hopefully I'd feel even better as I start out on my February mission.

Today's photo comes from an interesting statue on the east side of Wash Park. These two stone children are sitting in a stone canoe for some reason. I've considered taking a photo of this many times for the blog, but never ended up using it because although I like the statue, the background features powerlines a little too prominently. On this particular run, however, I only took a handful of photos, and I liked the way this one turned out with the sunlight in the background, so despite the powerlines, this is the photo I decided to use for today's run. Now to rest up for February... 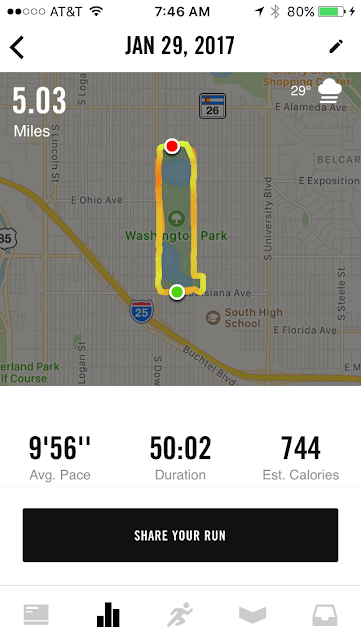