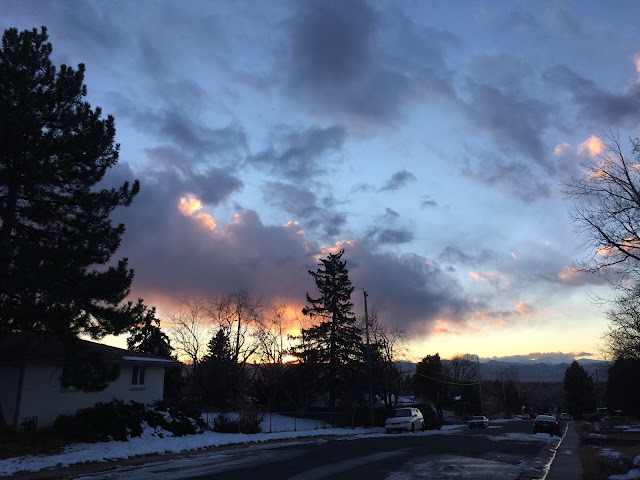 My fourteen year old dog Skeemo had been fighting a liver tumor for months. Poor guy had been going slowly downhill, but in the past few days it was clear that he had reached the end. He was just lying around and not moving, barely eating or drinking, just sitting there being old and completely non-energetic. We made the appointment in the morning to put him down at 3:45 that day, and I went through the entire day knowing that my dog's life would end that afternoon. January 20th was a rough day.

We had to pick up my kids early from school. We hadn't told them of our plans before school so they wouldn't have be dreading the end of the day. They both had tears in their eyes as they left the school with my wife and walked to the van where I was waiting with our dog in my lap.

My wife drove the family to the vet's office as I held Skeemo. I kept petting him and trying to say comforting and loving things to him without losing all composure. This was difficult as it was all I could do to keep from bawling. We did our best to explain to the kids what was happening. My oldest asked some good questions about why we had to end his life, and we did our best to give good answers. We let them know that his life was ending either way and we didn't want him to suffer. They understood, but that doesn't make it less sad.

I carried my dog into the veterinarian's office for the last time. We were able to gather around him and give him love and attention together as a family for the last time. One of the workers at the vet's office gave him a mini-snickers bar. You're not supposed to give dogs chocolate, right? It's bad for them, but somehow Skeemo didn't seem to mind.

The vet took him into another room to prep him for the injection and then brought him back and left us alone to say our final goodbyes. I usually love taking photos, but I couldn't bring myself to pull out my phone. Thankfully, my wife had the strength to take a few final snapshots of the kids with their dog. I was standing next to him, petting him, and trying not to sob. Saying any more than a word or two to anyone was difficult for me. If I had to speak a whole sentence at this moment, I probably would have curled up in a ball on the floor in a pile of tears. I loved this dog, and our time together was rapidly coming to an end.

I knocked on the door to let the vet know we were ready for her. She informed us that he would feel no pain, he'd just go to sleep and then his heart would stop. That would be it. She reassured us that it would be okay, and she was very comforting. We petted him, told him we loved him, and she put in the injection that ended his life. About 20 seconds later she told us, "He's gone."

I was so happy that my wife drove home without even asking if I wanted to. I almost always drive when it's the whole family, but she did so and I needed her to do that. I missed my dog already.

When we got home, I needed to run. I hadn't gone that morning because my ribs had been bothering me, and I wanted to get a little more sleep, but now it was four thirty in the afternoon, and I needed a release. My ribs were tender, but they felt better than they had at any point since I hurt them as I ran. I was super slow, but at least I was moving and getting out some of the emotion that had built up inside of me. I was sad, but this was a great coping mechanism.

I took the above photo of a beautiful sunset. It made me happy that as the sun set on the final day that my dog lived that the sunset was gorgeous. It seemed a fitting tribute, somehow. I kept running without giving much thought as to where I'd end up. I was listening to The Shins, because that music just felt right. I had posted an Instagram photo of Skeemo's collar right before I left with the caption, "You were a good boy." For some reason I stopped to look to see if there were any comments right as a very melancholy song named "Pink Bullets" began playing. My best friend had left crying emoji's as a comment on the picture of Skeemo's collar, and that combined with the song's lyrics finally broke me. I began crying. Not subtle tears. The sadness exploded from me. I was ugly crying on a dark street with no one around, and I did not care how hard it flowed out of me. It was time to get it out, and I couldn't stop.

After the song ended, I replayed it. Eventually I regained my composure, although I'm not sure I'll ever hear that song again without thinking of my little Westie dog. He truly was a good boy. 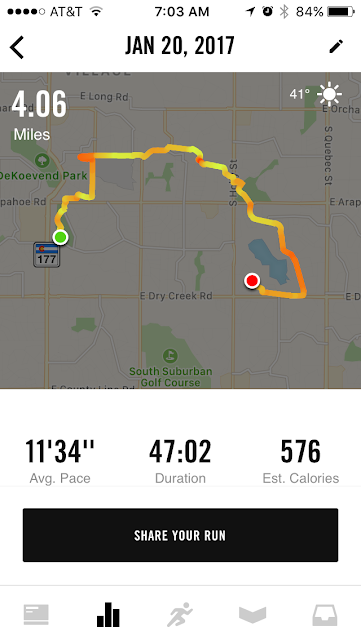