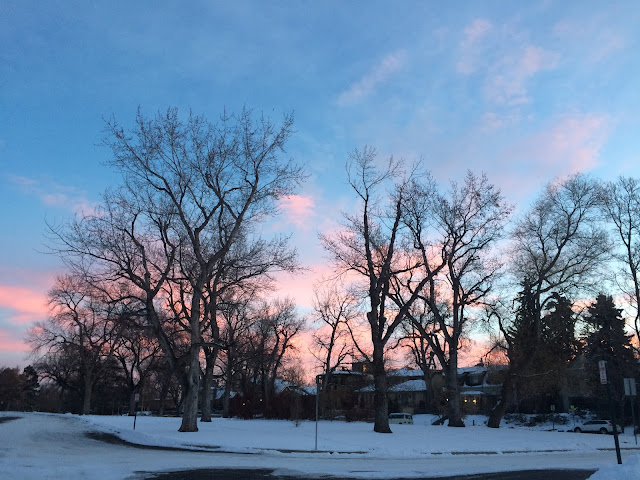 After a week of frigid temps, the warm weather was just starting to move in. Granted, it was still only 24 degrees when I got started, but you could tell that the tide was turning towards the warm. Unfortunately, the effects of the cold and snow were all around me. Wash Park was buried under a substantial amount of snow and ice, which made the footing a bit treacherous and made my pace pretty stinking slow.

I decided to head north and make my way towards the Cherry Creek Mall area, as I figured that there might be clearer sidewalks there, and I also had heard rumors of a possible Oddish nest at Pulaski Park. The sidewalks for the most part WERE clear, and the Oddish rumors were true enough for me to obtain the final Vileplume I'd been seeking for the past few weeks. It wasn't a terrific run either for running purposes or for Pokemon purposes, but it was decent on the whole.

The best moments of the run came very early on, as the sun was just peeking over the horizon when I started at Wash Park, and it was a stunning pink sunrise...one of those kinds that make the entire sky become rosy and wonderful for about 10 minutes. I took about 20 photos in that brief period, and barely even bothered to take any other photos, as I knew that something pink would be making the blog for this run. Those moments of intense beauty happen only every so often, and it's the joy in those moments that I try to really soak up, as it makes life better. 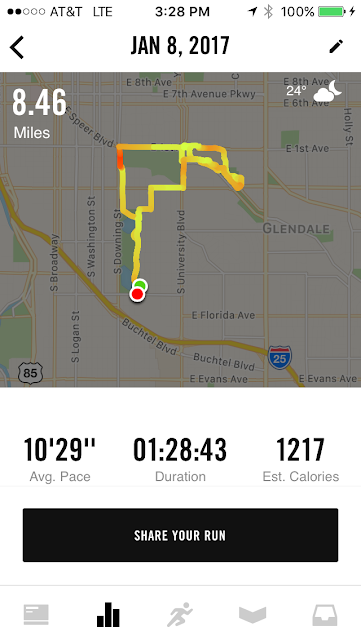