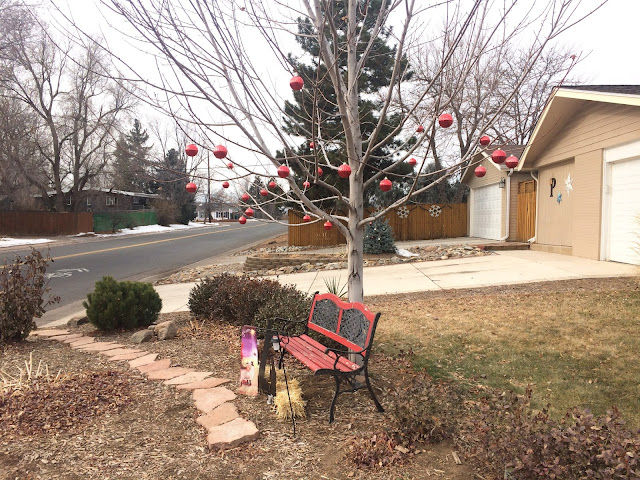 January 3, 2016
8.38 Miles in 1:23:33
Mood: Getting in the miles while mostly looking forward to multiple events later in the day.
Soundtrack: Robert DeLong "In The Cards" / Jack Garratt "Phase"

This was an odd run for a day off. I got a much later start due to family being in town and schedules being wonky. I had intended to run early in the morning, but ended up not leaving until around 11AM, and had to stay close due to the fact that I was going to be heading downtown almost immediately after I got back so that I could go ice skating, then go to a contemporary art museum, and then attend an NBA game. All of that stuff was actually quite fun, but since I was looking forward to doing that more than running, this run ended up being more perfunctory than it was an escape. (Also, if you run eight miles and then go ice skating, prepare for some tired legs.)

I didn't get many photos taken, so I ended up using this random photo of a front lawn with a few Christmas decorations since it was the best of a subpar round of pictures. I wasn't feeling particularly artistic with the camera, and just needed SOMETHING. Again...it was a run performed to make my monthly goal more than one of pure running bliss. Still, it wasn't so shabby, even if it lacked imagination. 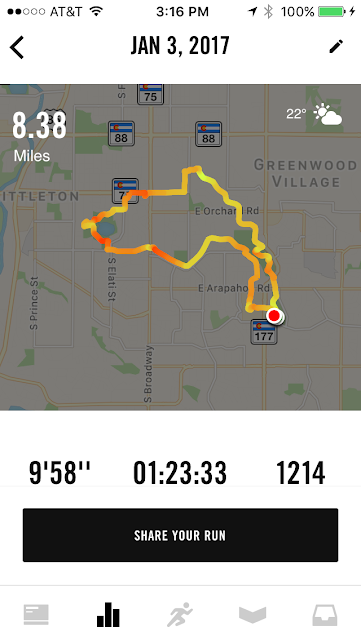