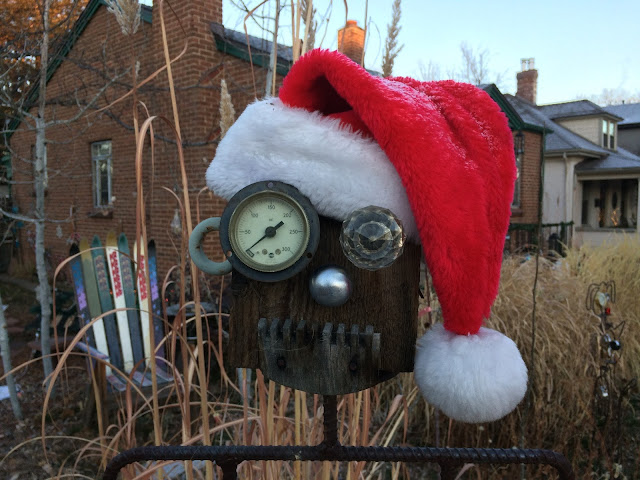 It has been a number of years since I stayed up until midnight on New Years Eve to ring in the New Year. 2017 was no different, and as a result, I was able to get up early in the morning for a run prior to starting the day without feeling exhausted. Let me just say that early morning traffic on New Years Day...not heavy. There was a little bit of the same vibe you get from early on in a zombie movie when the protagonist is walking through a totally deserted city before the zombies show up and start trying to eat his brains.

I took advantage of this cool but mostly deserted world to get in my first run of 2017. It was chilly, but not overly so, and I was comfortable the whole time. I ran across this weird robot statue in the front lawn of a unique home in Denver. I am giving you the close up on one of the robots, but there are actually two posed in an American Gothic style. It was actually pretty sweet, although hard to photograph, which is why you only get the close up of one of the robots wearing a Santa hat. 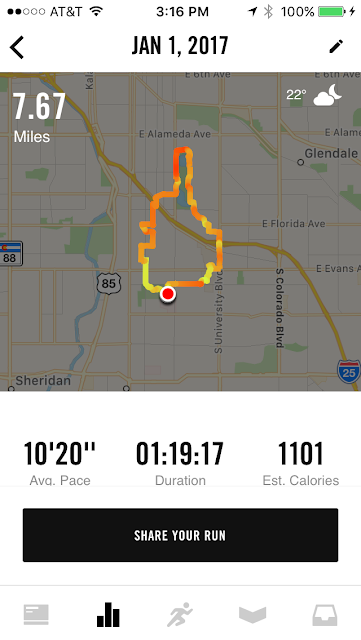