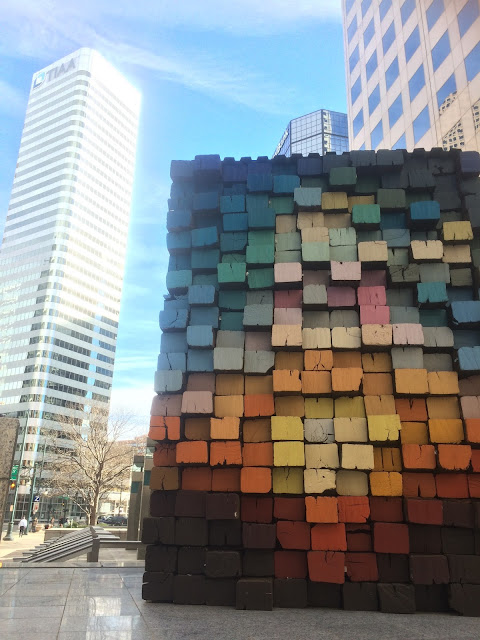 When the calendar says "February 10th", it should NOT be comfortable to be outside in shorts and a t-shirt for an entire afternoon. Yet here I was on a Friday afternoon that I just happened to request off from work weeks ago, and I'm enjoying a lovely run in downtown Denver with the temps rising to 78 degrees, and my situation was plush and comfy in my shorts. Twas a happy day!

Not only did I have the day off from work with the weather cooperating, but Pokemon Go was running a special Halloween event which made a certain Pokemon that I had never before seen start spawning like crazy downtown. I had heard rumors that the much sought after Porygon could be found on the 16th Street Mall, so I made my way there post haste to try and catch one. After about forty-five discouraging minutes of running the city streets with no luck, I finally spotted one near Union Station and booked it to the spot where it was spawning like a duck shot out of a cannon. (*That is not actually an expression)

I managed to catch that Porygon and eight others in addition over the course of the afternoon which was pretty awesome, as I had never before seen one, and it was one of only two Pokemon that I still needed to "Catch em all". Even better, I also had a Lapras hatch from an egg...and that was the final Pokemon that I needed. It was a SOLID Pokemon day...as these had been the final two Pokemon I needed for about three months, and I got them both while out on this run.

As for today's photo: There is a giant pile of logs in front of Republic Plaza downtown, and the ends of them are brightly colored. I believe this to be public art, and I really liked it. 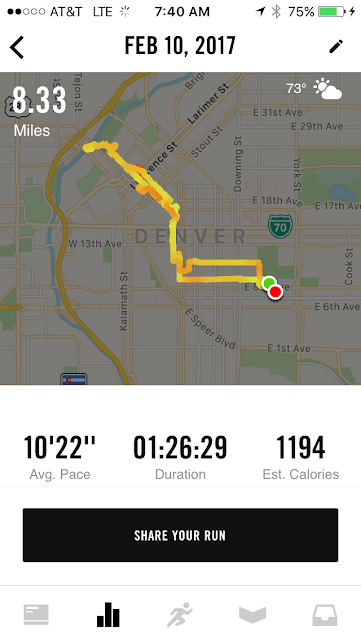