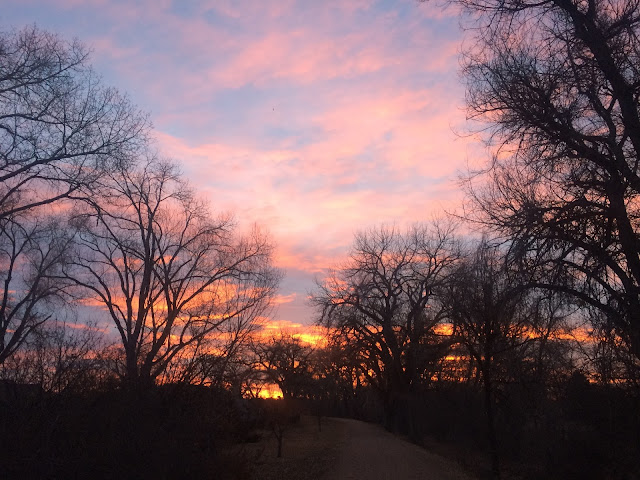 After the past month which featured me sobbing uncontrollably during a run, fighting through rib pain nearly every outing, freezing my tail off almost every time I ran outdoors, and a run last Friday which was more like being on an ice rink, I was due for a good run. I finally got it today. I was almost entirely pain free...my ribs are finally most of the way back to normal! (Hurrah!) I had weather that started at 40 degrees and then the temps rose so that I was comfortable the whole time, I had good music and a stunning sunrise and I felt really good all morning as I ran. After a tough month, it was good to finally be rewarded again with a totally positive and wonderful run. Even though it's only February, and the Patriots won the Super Bowl...I'm feeling good! 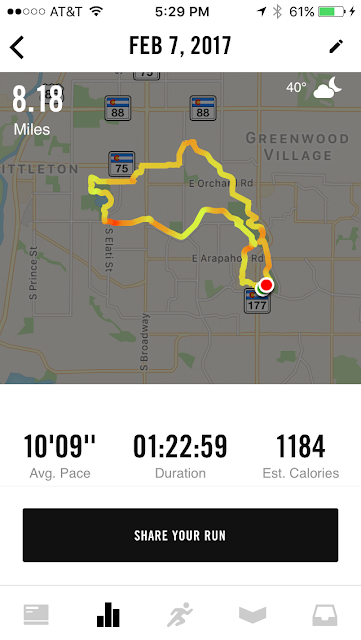