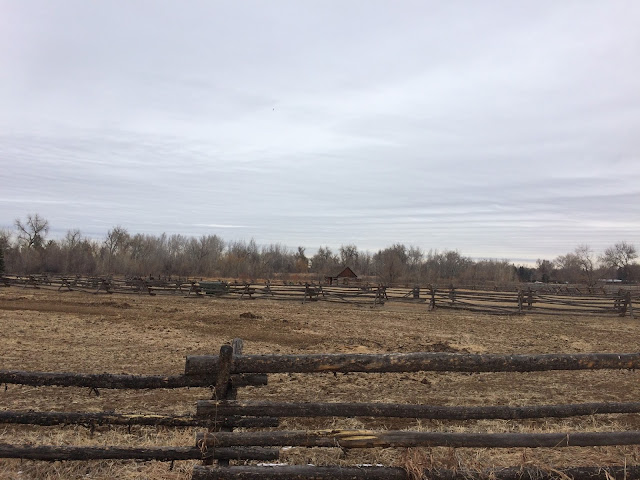 After two consecutive runs where I had to put on long johns to stay warm, it was nice to have temps hovering in the 30's for most of this run. It was mostly a gray day, but it wasn't unpleasant. Plus, I was able to embrace my rebel ways and use a new bridge that was not yet officially open for business. The construction is pretty much 100% complete, but the path leading up to the bridge still has some work left to be done, so I had to duck under a rope to use the bridge, but it was solid as solid can be. I'm certain they just don't want people using it yet because of the path leading to it still being half ditch, but it was nice to be able to cut over to DeKoevend Park without going a half a mile out of my way. I'm such a rebel.

Today's photo comes from the Littleton Museum farm. I took the picture by raising my arms over the fence surrounding the park to get a picture of the replica one room schoolhouse in the background. It wasn't one of my all time great photos, but I didn't go too nuts on pictures on this gray morning, so it was all there was to choose from apart from a picture of a leprechaun door decoration that had a very shiny screen door in front of it. 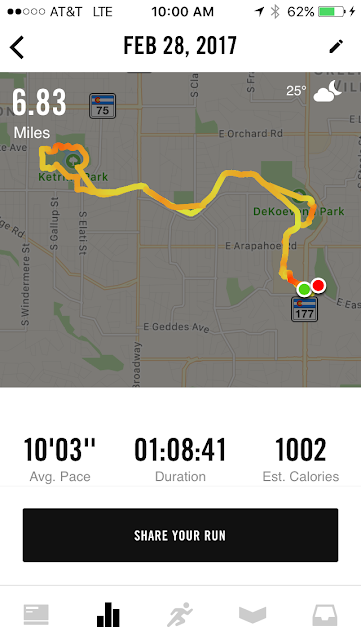