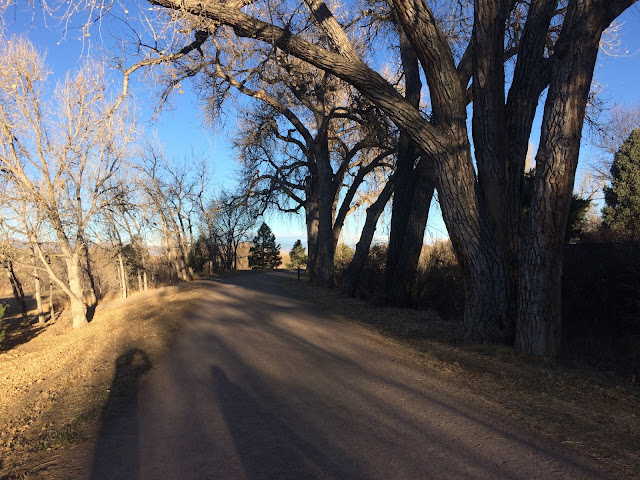 Some days I see tons of photo opportunities as I run, and I stop a ton of times to shoot them. Then there are days like this where I end up with exactly two photos. One, which was of a burgundy truck with the vanity license plate "DRPEPER" and the above photo. The license plate photo was mostly just because I feel obliged to take pictures of ridiculous vanity plates, which meant that THIS was the photo I was going to use. Not terrible, as it's kind of pretty, but it is made so much better by the story of the photo.

If you look at the shadows in the foreground of the picture, you will see a large lanky shadow clearly taking picture, and then you will see the a shorter statue of an older woman who was waiting for me to take the picture. I did this weird thing where I had stopped running to find something new to listen to on my phone as the podcast I was listening to had ended. She came around the corner from behind me while I was doing this and had gotten about 20 feet ahead of me. I then started running again, passed her, and then saw this view which I immediately knew I wanted to take a picture of.

So her experience was to pass some guy fiddling with his phone, have that guy immediately pass her running and then stop and pull out his phone to take a picture of trees which she then had to wait for me to complete because my phone was taking it's sweet time opening the camera app. I have to feel slightly sorry for random strangers who get to experience me in public. It's gotta be difficult. 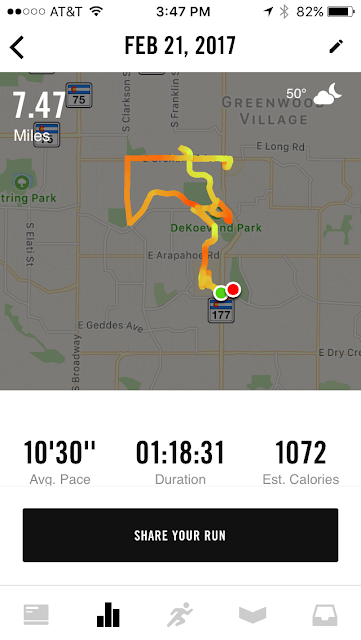