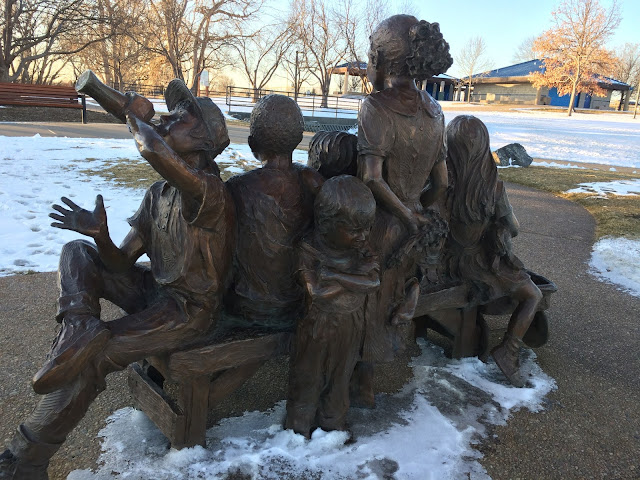 One of the greatest things I can say about Pokemon GO (and I really like it so I can say a lot of positive things), is that it has introduced me to a TON of parks that I would otherwise never have visited. Pokemon "nest" in certain parks, and those nests get shaken up pretty regularly, usually at intervals of every two weeks. There are whole websites that track these changes and allow the community to group source where the Pokemon are currently gathering.

I was using such a website on Saturday night, trying to locate a Horsea Nest, and I discovered that the only one in the entire Denver Metro area was in a park in Lakewood called Addenbrooke Park. I decided to drive up there early Sunday morning and check it out and hopefully load up on Horsea while I was at it. I am pleased to report that it's a very lovely park with lovely baseball fields, a nice lake, and this interesting statue smack dab in the middle. The statue features several kids sitting on a bench doing kid type things, but my favorite part is what I have shown in the photo above, which is actually the backside. It has one smaller kid...likely someone's little brother, who is pouting...I can only assume because he is being left out. I enjoy the grumpiness of this little kid quite a bit, which is why he made today's photo rather than a picture of the front of the statue which would have also featured the lake in the background.

It was super cold when I started out on this run, but it warmed up very quickly. I was quite happy to have the warmth, as the first 20 minutes were pretty icy, but it was downright pleasant by the time I finished. Oh, and I did get all the Horsea that I needed and then some, so it was quite a successful Sunday morning. 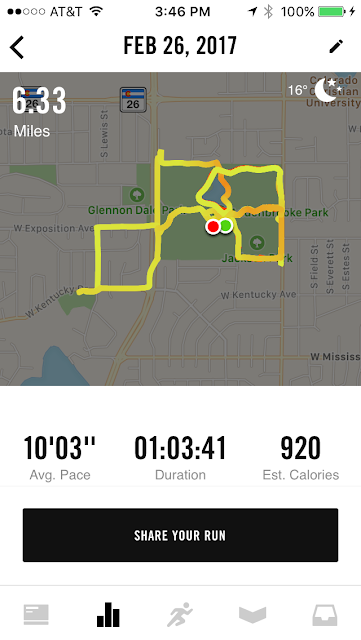