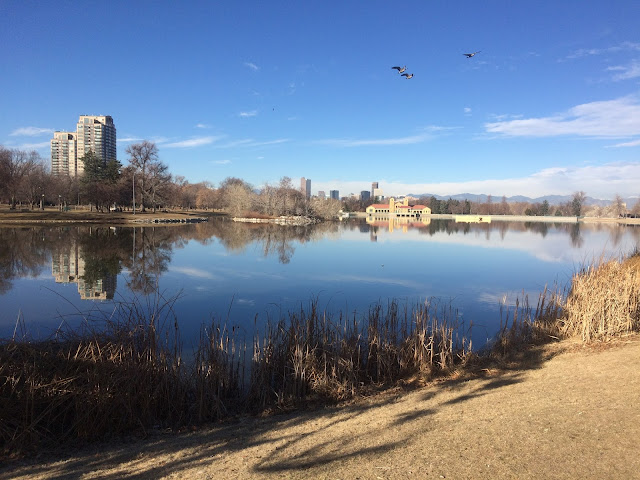 I think the photo above was taken during the ten minute period where the sun shone on this particular Sunday. For most of this day the weather was gray and windy and while still unseasonably warm for February, not especially bright and welcoming. However, as these geese flew over City Park, you'd think that this day was perfect. It didn't last, and in fact most of this run was cloudy. Still, it was an awesome day to run in City Park.

I felt really good this particular morning, and it was nice to spend most of my run within the limits of a Denver Park, as this city has some lovely parks and I was in the mood to stay of streets for the most part. I did several loops around the park and around the lake and by the time I was done my soul was refreshed. 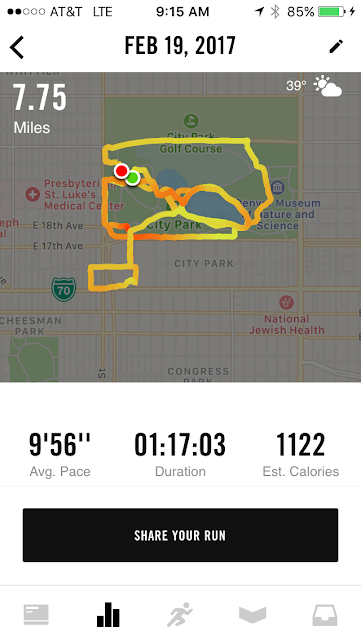