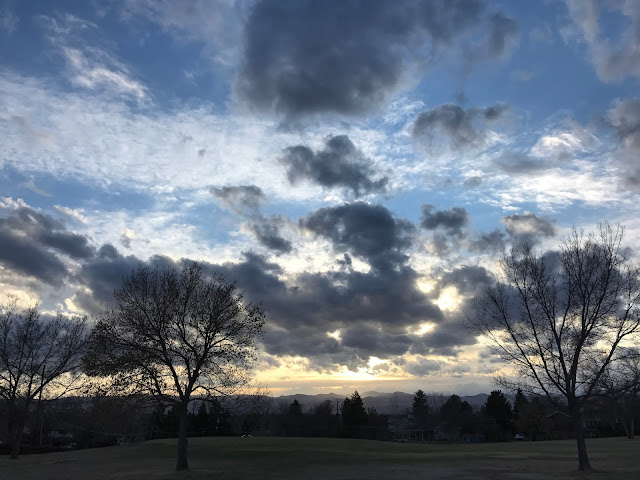 My wife and daughter left early in the morning to head up to the mountains to go skiing, and so I figured that I would just have to skip my Sunday run. I spent the day with my boy, and we had a great time, but I was still a little bummed out about not running. The girls got back in the early evening, and I picked everyone up some dinner, but decided to not get myself any food. I dropped off dinner, and decided to get in an impromptu run.

I headed west with no real idea of where I'd end up, but with the idea that I needed to push myself because I didn't have too much time until the sun would set. I ended up running faster than I have in quite awhile, and enjoyed a spectacular sunset to boot. It felt weird to have it getting darker as I went, as usually I get going early in the morning and run from darkness into light. It made me appreciate my morning runs, although it was a practically perfect evening for a run. I thought a little about how I used to run in the afternoon a few years ago, and how there are things I miss about that, but mostly I'm glad to have the schedule I have now. 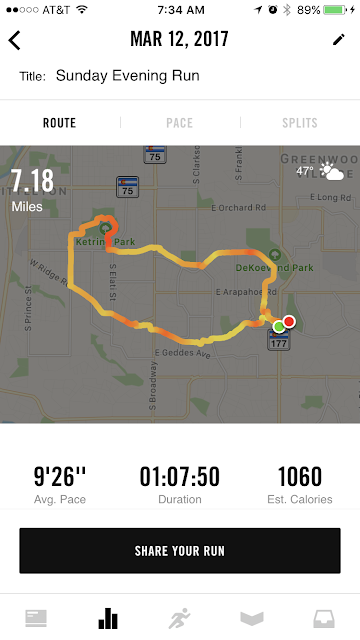