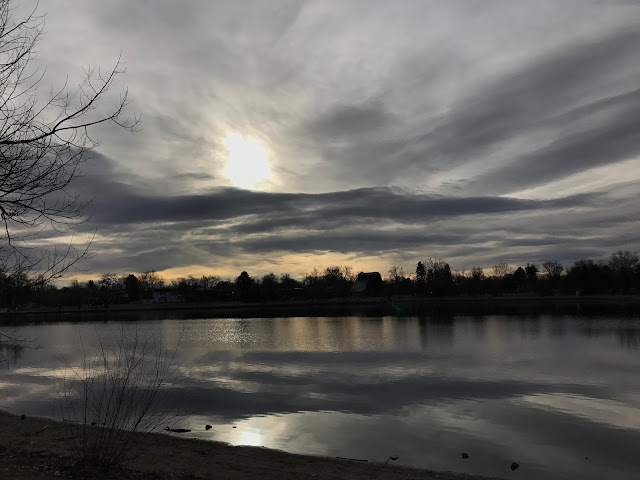 It was a strange morning, as it was very warm, but also quite gray. The heavy clouds made for some awesome sun/clouds pictures (as seen above), but it also made it hard to get good pictures of almost anything else. It was really dark, even after the sun had risen. I had JUST upgraded my phone the day before, and I was looking forward to testing out the new more powerful camera, and the lighting was just terrible for it, so I was just a tiny bit disappointed. Although, I was less disappointed when I got home and saw this picture...which I imagine would NOT have look this cool on my old phone.

(Although, as an aside, the new version of iPhones have this feature called "Live Photos" that is the default setting. It makes it so every time you take a photo, it takes a little video as well and as you're looking through your pictures, they all move. I guess this is neat if you're Harry Potter, but I prefer that my photos remain still, and it annoyed the crap out of me. Thankfully, although it is the default setting, it is quite easy to turn off, which I did the instant I realized I could. So hopefully my photos are more muggle style from now on, because I much prefer it that way.)

I decided to really push myself this particular morning, and just focus hard on trying to run without spending much time with Pokemon or photo taking, and the end result was an average pace that is much faster than I've been going lately. It felt good to let loose and move, especially in a place as important to me as Wash Park. I haven't really run at the best park in Denver for awhile, and it was good to get back to basics. 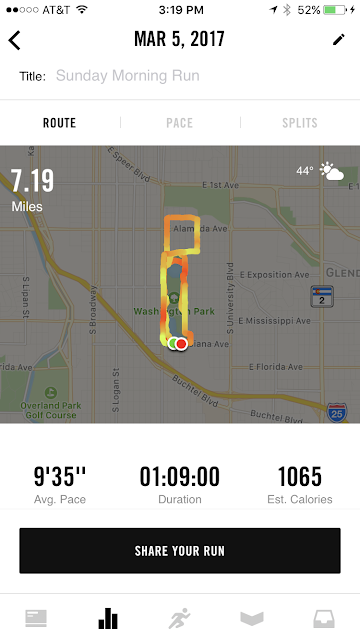