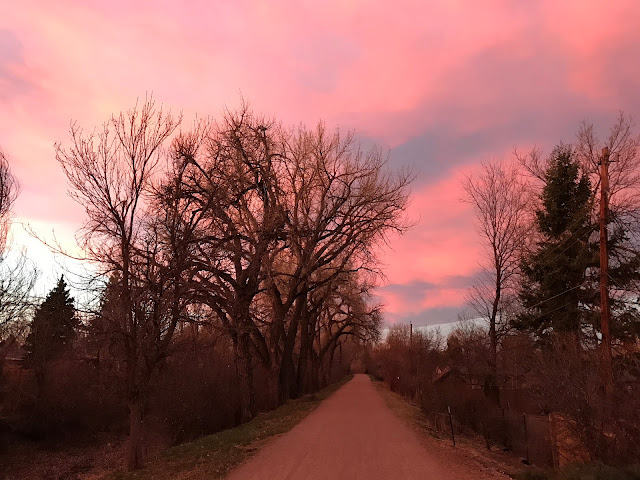 The above photo has no filter. The world actually was this pink for a few minutes this morning. Kind of amazing, really. This much pink has me giddy that we are only weeks away from the start of pink tree season!

I struggled a bit on this run. Daylight Savings time is wearing me down, and it's going to take just a little longer to adjust. I awoke in a fog this morning, and it never really fully lifted. To top it off, I was listening to a surreal podcast called "The Fall of the House of Sunshine" which is a musical podcast theater kinda thing about a children's television show host being murdered by shots fired from within a wormhole and the subsequent investigation performed by a film noir style private detective. It's a comedy/musical podcast, and its several steps beyond weird. Still, I enjoyed it for it's off the wall sense of humor and decent music. It just didn't really help wake me up, as it felt like something that would happen within one of my odder dreams. 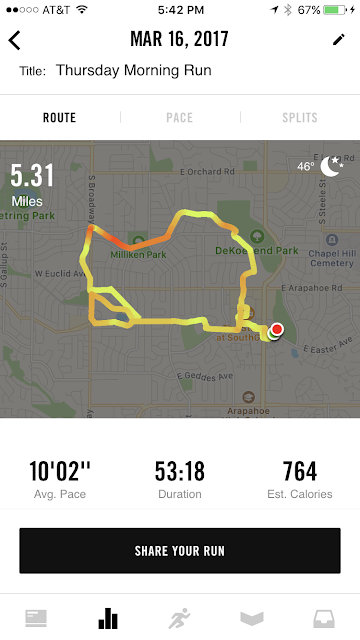