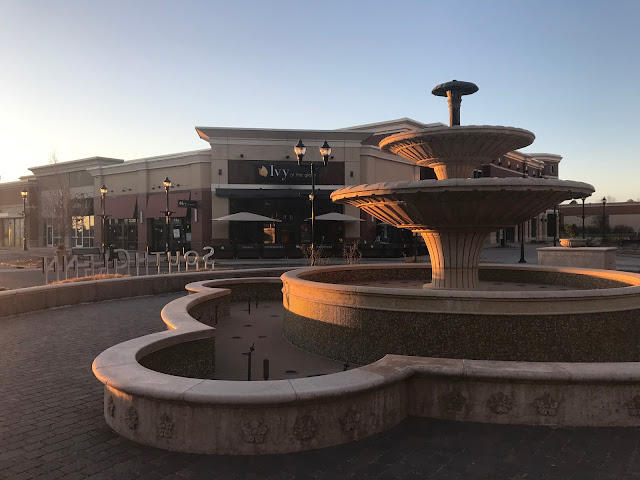 Yet another warm morning leading into a 70 degree day, and yet supposedly we will be facing a blizzard here in Denver tomorrow morning. Hard to believe based on how nice it was this particular morning as I spent the majority of this run circling the Streets at Southglenn to get Pokemon supplies and catch water Pokemon which are suddenly everywhere as Niantic launced a "Water Festival" event yesterday which is as wonderful as it is nonsensical. Who ever heard of a Water Festival which occurs in late March? Whatever the reason for this odd season, it's effects are that unusual Pokemon are everywhere, and I need Pokeballs and Berries to catch them, which is why I spent a huge chunk of my morning running around an outdoor mall.

It was an odd morning of listening as well, as my podcasts went from reviewing a zombie television show to discussing the influence of Vladimir Lenin on Ukraine to a comedy podcast about a fictional guy who started a cult centered on a hard to kill bull. My brain was kind of running circles just as much as my body was. Yet in the end I was exercised, entertained, and full up on Pokeballs, so mission accomplished! 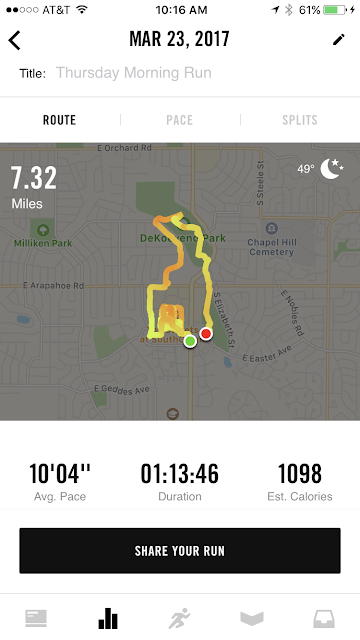