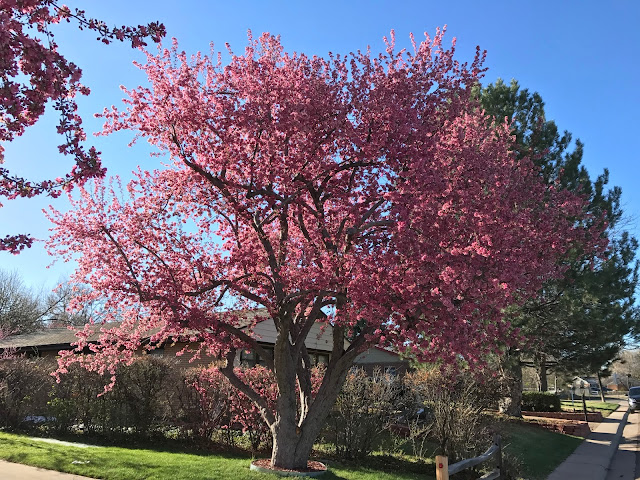 The night before this run, I had said that I'd go to the grocery store to get us some more milk because it had been mentioned that we were running out. So when I went to have my cereal this morning and realized that we were dangerously short and I had done nothing to rectify the shortage, I knew how I was going to start my run.

So yes, the first two miles of my run were a jaunt down to the grocery store and back. The run down was pretty easy, but the way back was tough because it turns out it's hard to run while lugging a gallon of milk.

After two straight runs of under four miles, it was nice to get in a nice long run. I felt pretty good this morning, and I ran what seemed a much more appropriate distance of eight miles. Today's photo is one of many which I took of pink trees which are all over the place right now, as we are right in their sweet spot of early April. 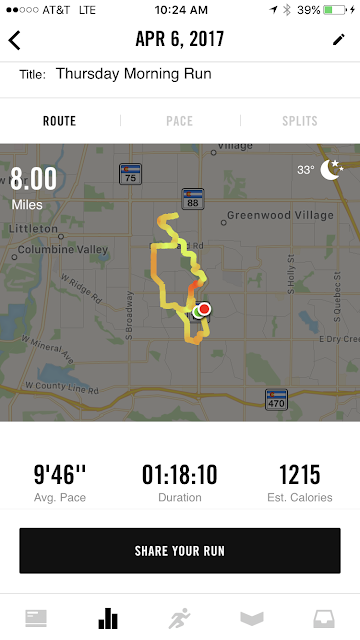