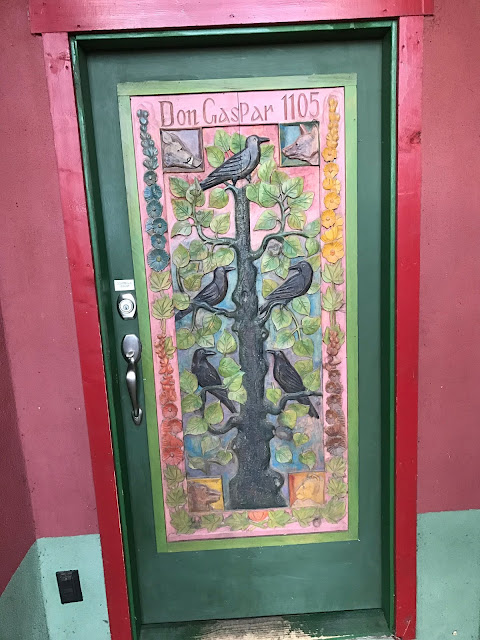 March 30, 2017
7.28 Miles in 1:11:40
Mood: Nostalgic for two years ago and for terrible meals from my childhood with people I loved.
Soundtrack: Passenger "All the Little Lights" / The Mountain Goats "The Life of the World to Come" and "Transcendental Youth"

Running in Santa Fe is tough. The altitude is 7200 feet above sea level, and man was I ever feeling it on this run. I was excited to be in a mostly unfamiliar land getting my run in, but that elevation will kick your butt. I pushed through as best as I could, and got in a decent run, but I clearly was affected.

This run had a bit of nostalgia for me, as it was one day shy of two years ago that I went running for the first time in Santa Fe. I was staying in a different hotel, but it was relatively in the same area and my destination was once again downtown Santa Fe, so I ended up briefly retracing some of my steps from that previous run. In so doing, I once again ran down Don Gaspar Avenue and once again ran into this glorious door. I remembered it from two years ago because I had posted a picture of it on Instagram that day, and it's a pretty memorable door. It made me happy to see it again, just because it's a cool and random beautiful thing.

I also saw many of the same sights from my previous run in Santa Fe while running around the downtown area. Santa Fe has some really pretty areas, and the old historical adobe buildings are a lot of fun to explore. I was excited about those, but also equally excited to see an operational Furr's Cafeteria in the suburbs. My grandparents ate at Furr's on a nearly daily basis, and I had countless meals there with them. We would always get the all you can eat buffet, eat a random selection of food like spaghetti, burritos, mashed potatoes and lemon meringue pie, and then my grandmother would sit and declare to my grandfather about how great a deal they had gotten and how they'd spend three times as much to get this much food anywhere else. They have both since passed away, but to see a Furr's still open for business (even if there was no chance I would eat there) brought back a thick slice  of my childhood. It made me so happy that I had to text a picture of it to my brother who also is VERY familiar with the Furr's experience so that he too could reminisce. 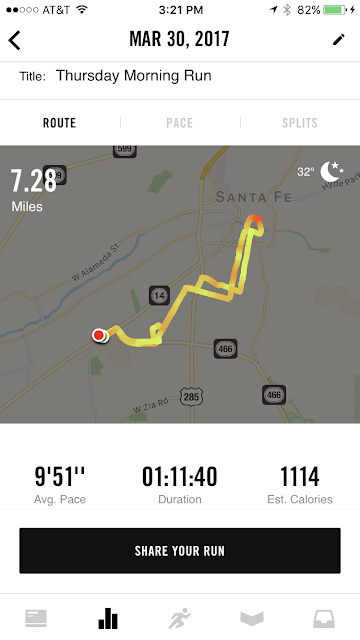