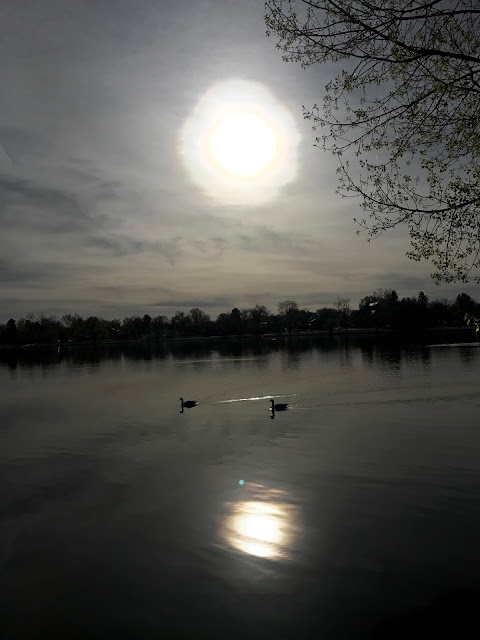 A series of internet related interactions led me to being in a Nike Plus race to 100 miles in April with a gentleman from Austin, Texas. We have been going back and forth all month, and on Saturday morning, I took a look at our totals for the month and we were within .04 miles of each other. He was winning 90.13 to 90.09 miles. I figured the only way to guarantee that I won was to push myself to do 10 miles on Sunday morning.

With that competitive push, I arrived early in the morning at Wash Park determined to win. I actually felt really good, and nothing inspires like a little good natured rivalry. I went a little further than I normally would have, and when I was finished, I immediately screen captured the standings to show that I was the first to 100, and tweeted out a picture. About 2 minutes later, I received a response tweet that read simply, "Noooooo!!!" with a screen cap from his app showing he was 10.1 miles behind me. It was a very satisfying tweet to read.

Before I had clinched the victory, I took this photo of Smith Lake with geese on it and the sun rising. The photo looks a little warped from reality due to the bright sunlight making everything else look overly dark, but I thought it turned out great. Not very a very realistic representation of what the world actually looked like at that moment, but still great. The sun looking giant and wobbly through the clouds is a super cool effect. 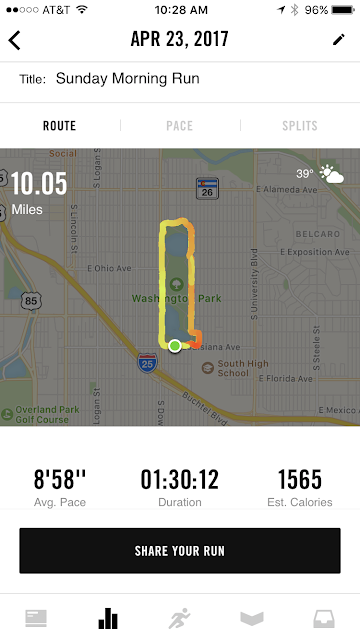