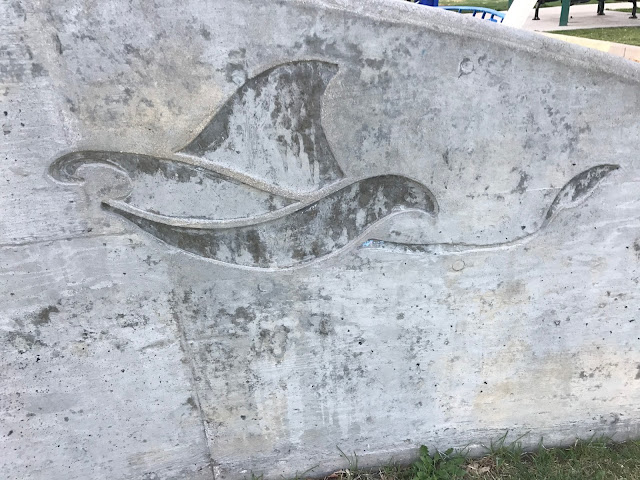 There is a stingray on this wall. Very strange, as Colorado is not exactly known for it's stingray population. Not sure what is going on here, but I like it for it's sheer weirdness.

Today's run took a lot out of me. I did nearly nine miles yesterday, and I was feeling that output as I tried to duplicate it today. My legs weren't completely gassed, but the ease from yesterday was gone. This one was a bit of a struggle, as often happens on the second day of back to backs. Still, it was a beautiful morning, I found a wall with stingrays and a very cool wooden structure that is used to transport a stream over a path and smelled SO GOOD when the sun was shining upon it today. I saw a shaggy dog happily chasing a wild rabbit who was not nearly as happy about the chase while the dog's owner was blissfully unaware of the whole situation and was fine with letting his off leash dog chase bunnies.

It was a good morning. 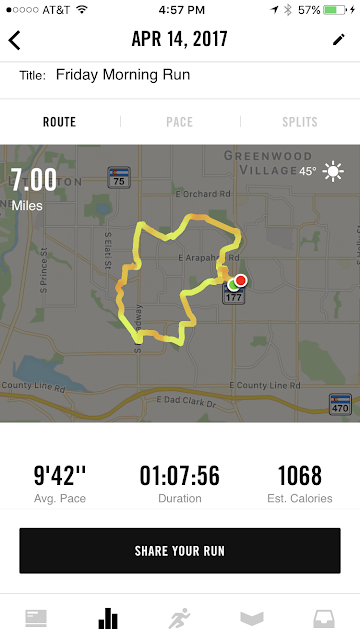