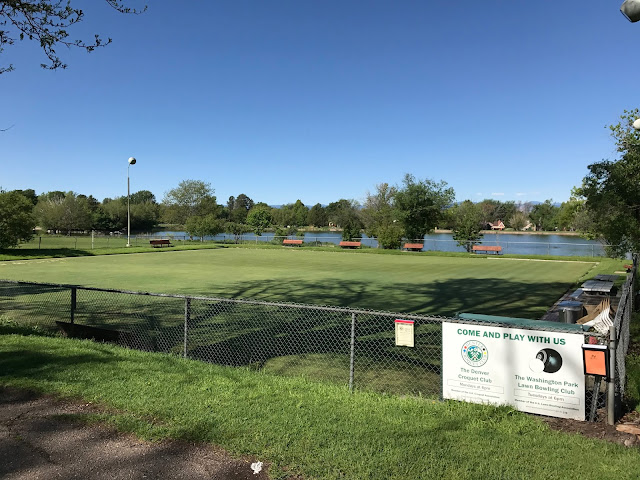 This moderately well manicured lawn in the middle of one of the nicer parks in Denver is prime real estate, and it apparently exists to serve a croquet club that meets once a week and a Lawn Bowling Club that also meets once a week. I thought croquet was the exclusive territory of Alice in Wonderland at this point, and even as a relative hard core sports fan...I haven't the foggiest notion what lawn bowling is. I guess what I'm saying is that I'm surprised that such a sizable chunk of valuable land is still reserved for such antiquated pastimes. But hey, maybe these clubs do a booming business on Monday and Tuesday night...who is to say? I don't see myself heading up there on a Monday or Tuesday night to check out what kind of turnout they get.

I realized as I was getting out of my car that I had left my earbuds at home, and I was immediately regretful. Pretty much the only times I ever run without either a podcast or some music is when I'm running with someone else, and that happens fairly rarely. I thought that it might hurt my ability to concentrate, but it turned out to be quite the opposite. Without music or a podcast in my ears, I was locked in to my run and perhaps I just felt good on this Sunday morning, but I was able to keep moving without feeling too tired out or needing to rest all that much. I still prefer to have something to listen to, but I was surprised just how well I thrived without any audio stimulation. 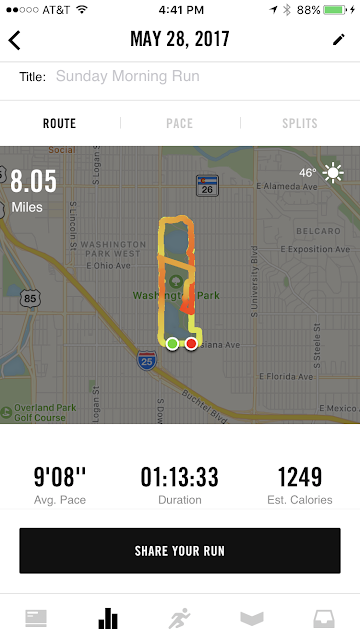