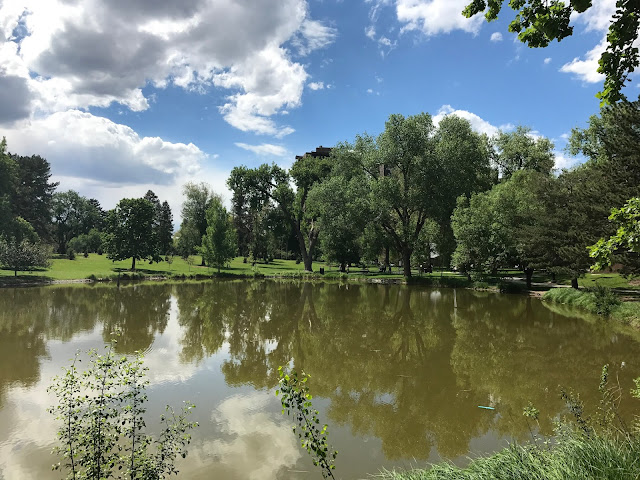 Due to scheduling conflicts, I couldn't run on Sunday morning as I usually do, so instead I waited until after church and had a mid afternoon jaunt at Wash Park. It was a perfect day, absolutely gorgeous as you can see in the photo above. However, I realized that I have been completed acclimated to early morning runs, and trying to run when the sun is at its zenith has become a little more difficult than it should be. It wasn't particularly hot, but just the sun being higher in the sky fatigued me, I guess. I still pushed myself decently and had a decent pace, but I could tell that it wasn't early in the morning, which seems weird that it should affect me so.

In music news, I have become somewhat obsessed with the Cold War Kids album LA Divine, and listened through it almost three full times on this run. It's really good. 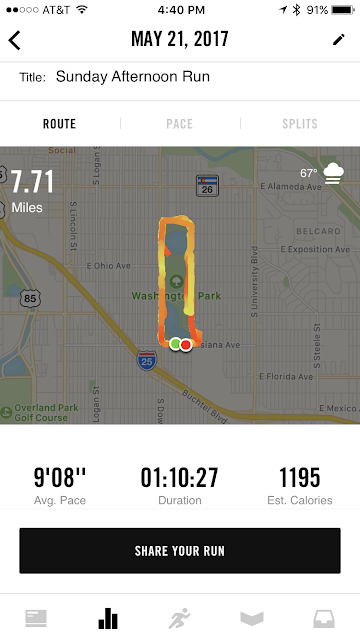