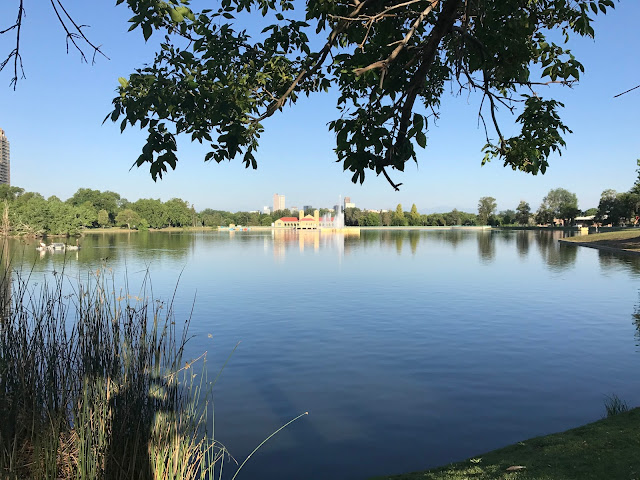 My body and soul were a bit beat up after a wonderful but exhausting week at camp. My body was beat up because I participated in a Zoomba class at camp on Thursday afternoon which helped me discover muscle groups that I didn't even realize could get sore. My soul was pushed to close to it's limit by caring for some vulnerable kids who have had a bit of a raw deal in the foster care system. Despite being a bit run down, I hadn't run in a week and I was desperately in need of a few good miles.

I found myself in City Park because it was a Horsea nest, which was far superior to the nest of Cubone at my usual haunt of Wash Park. City Park is pretty, but it's really a step down for a runner from Wash Park...something I was reminded about as I circled around it a few times. The roads are a bit more beat up, and rather than smooth gravel trails, there are jagged flagstone paths just begging to trip you up. I survived unscathed and actually felt pretty good as I finished, but I was reminded why I so rarely hit up City Park for a run. 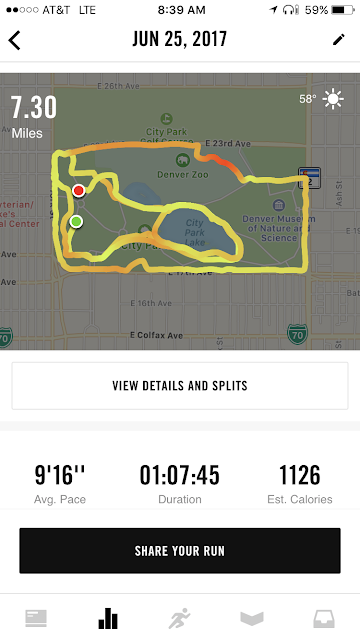