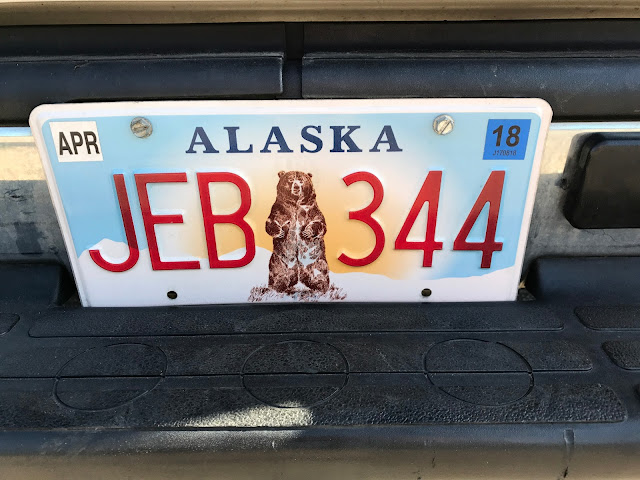 Summer schedules get all wonky, and often times that means that I need to leave work earlier than normal. This was one such day, so in order to get my run in, I knew that I needed to make it quick. Nothing like motivation to make me have a better workout. I ended up stopping much less, running faster, and getting finished way earlier than normal while still getting in seven and a half miles. When I know I can't lollygag, I don't lollygag.

Despite trying to hurry on this run, I had to stop to take a picture of this Alaska license plate BECAUSE IT HAS A BEAR ON IT!! It's almost enough to get me to move to Alaska just so I could have these plates on my car. Not quite, as I hate cold and snow, but almost. 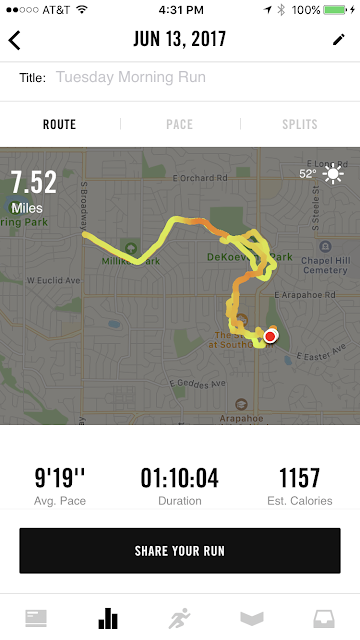