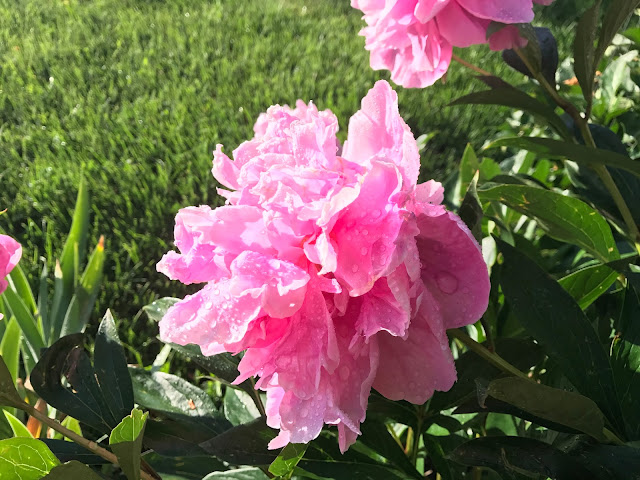 June 8, 2017
7.87 Miles in 1:13:02
Mood: So focused that only giant pink flowers could derail me.
Soundtrack: Of Monsters And Men "My Head Is An Animal" / Andrew McMahon in the Wilderness "Zombies on Broadway" / Cold War Kids "LA DIVINE"

These pink flowers are maybe the biggest flowers I've ever seen. Shimmering pink in the sun they were stunning, and I had no choice but to stop and take pictures of them because WOW! The fact that they were dew laden made them look even cooler. I took about seven photos hoping I'd get a good one. I was very pleased this one came out as well as it did. Such a cool shade of pink contrasting with the green. Love it.

As I got out of bed first thing this morning, my sleepy wife informed me that my son had a baseball game at 5:30 this afternoon. I was glad she informed me, as if I had taken my usual leisurely pace I would have gotten back at my normal time and would have had to stay at work late and would have missed his game. Instead, my morning became laser focused on getting my full run in but getting home much quicker. As a result, my pace was faster than a typical Thursday, I took much fewer rests, took many fewer pictures (other than several pink flower photos), and ended up getting back home earlier than I have in months which means that I will get off work early and will get to the baseball game in time. (And I even managed a respectable 7.87 miles!) 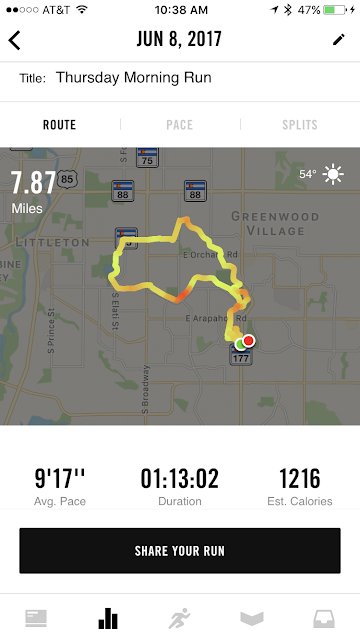