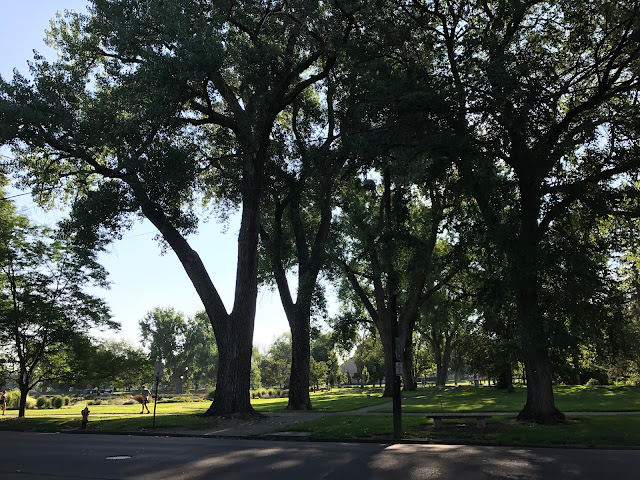 This run was very nearly aborted. I awoke on Sunday morning after a crazy Saturday on which I took over seventy thousand steps. I did so because over the past three years it has become a new summer tradition to go on a walkabout...my term for a crazy long walk which happens while my wife is at work and my kids are in Arizona. The past two years I have walked from my home to Coors Field and most of the way back. In addition to this crazy long walk, I also stayed up until after midnight due to the fact that my kids finally flew back to Denver and their flight landed after 11. Then, I had a rough night's sleep, which meant that when my alarm went off at 6AM, I was working with only a few hours sleep a day after walking around 35 miles.

Although I took about 10 minutes deciding whether or not to get up, eventually I decided that I would regret it if I didn't. The first 20 minutes of being awake were a little brutal, but before long I felt like myself. As I was driving to Wash Park, I thought that I would do my best and try to get a 5K in to keep my Sunday 5K streak alive on the Nike+ Run app. However, much to my surprise, as I started running, I actually felt pretty good. And by the time I was two miles in, I decided I was going to push to try and get in a normal length run. When the sounder signaling my 7th mile went off as I neared my car, I felt like I had accomplished something pretty great, and I was proud. I also knew I'd need a nap later on this afternoon. (Which I took.) 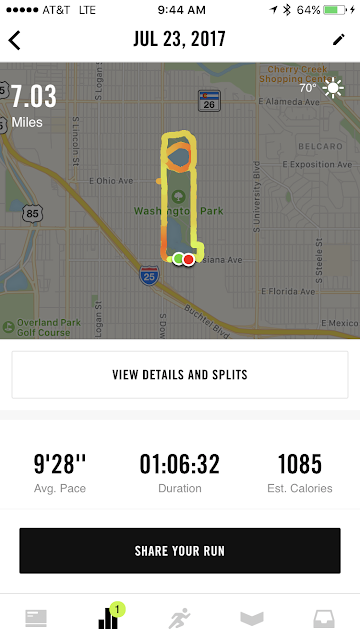