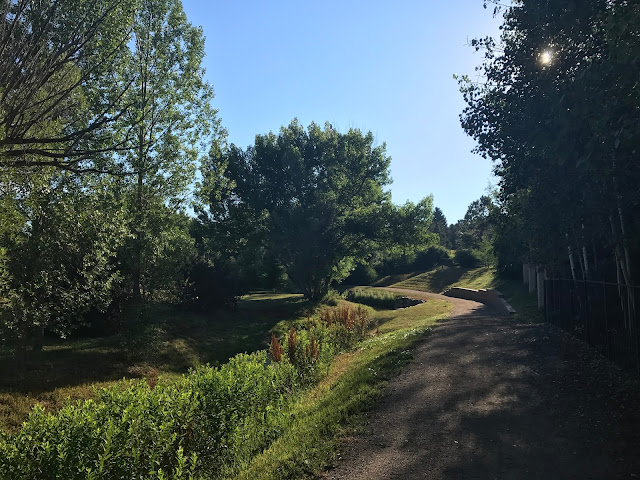 I discovered the entrance to a park up in Cherry Hills Village called Woodie Creek Park a few weeks ago, and I knew that it was within running distance from home. I've been meaning to stop by, but finally decided today was the day. The entrance is odd because it is very narrow with a steep incline down, so it had an Alice descending into Wonderland feel to it. Especially since at the bottom of the hill was a sharp turn and it was covered heavily with trees on either side, so I had absolutely no idea what it would actually look like.

Turns out, it's a short and lovely gravel path alongside a small creek in a lovely bucolic setting as seen above. It is basically on the Northwest corner of Belleview and University, but it is protected by a large privacy wall that makes it seem isolated and separated from traffic. Pretty cool place, and I'm quite glad I checked it out. 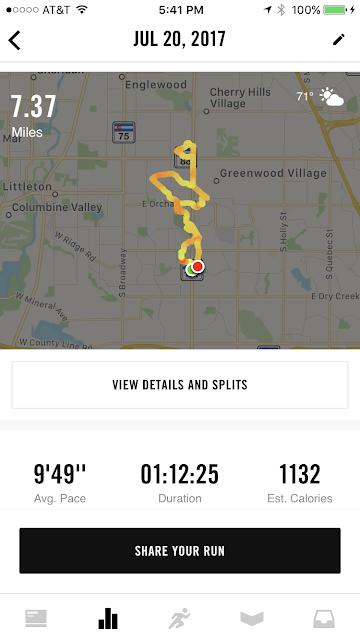