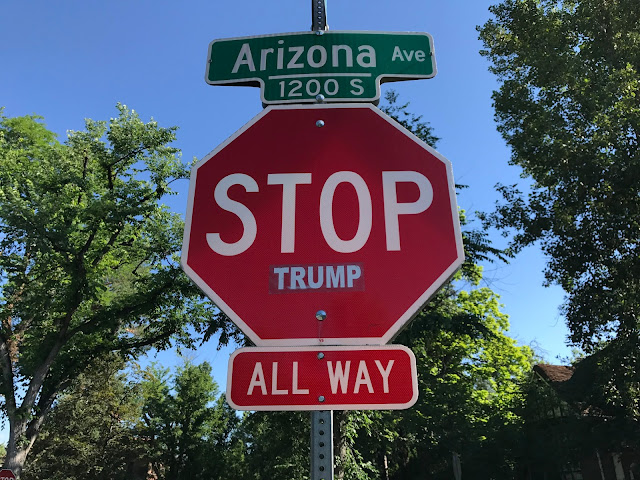 Somebody near Wash Park does NOT like the president! I'll admit, this bit of activism amused me as I ran past it.

As far as being in Wash Park on Independence day, it was a pretty solid morning. Whereas my Sunday run here felt like a ghost town, this was perhaps the busiest I have ever seen it. The paths around the park were swamped, and there was a 10K Run being held inside the park, meaning that there were runners and walkers everywhere. Even with this mass of humanity, Wash Park was still a lovely place for a run. Although I must admit that running there on Tuesday after just running there on Sunday felt a little weird. The Tuesday holiday made it feel like a Sunday, and it was a bit discombobulating to feel like I had two Sundays in three days. I mean, I'll gladly take it, but it felt weird. 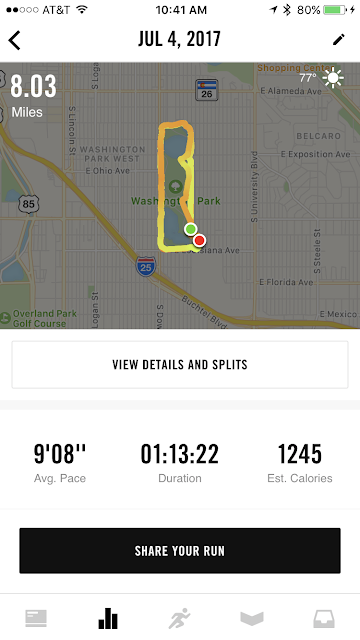