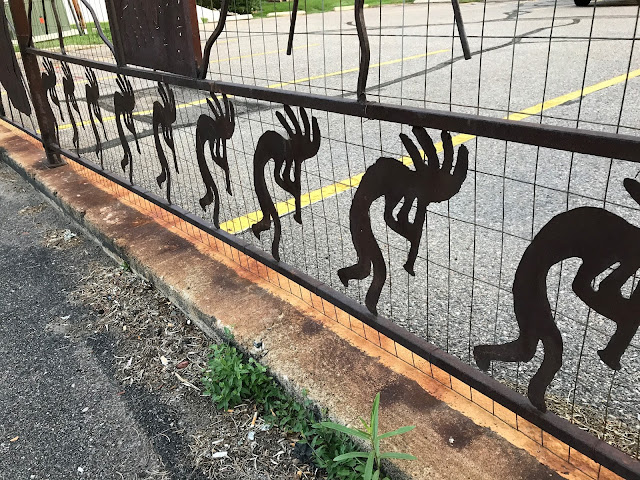 I didn't range too far from home, as I spent a decent amount of time circling Southglenn and farming Pokemon supplies. However, it still turned out to be a pretty good run. I was in a Ben Folds type of mood, and Ben kept me company nicely as I hit up the Highline Canal Trail a bit and also circled DeKoevend a few times. I never felt like I was getting tired at all, and perhaps my snail's pace of 9'52" per mile had something to do with that, but I was able to just keep moving for the most part and knocked out my run fairly quickly with a minimum number of rests. Plus, I was able to get this photo of a Kokopelli fence. I now have fencing goals to achieve for myself. 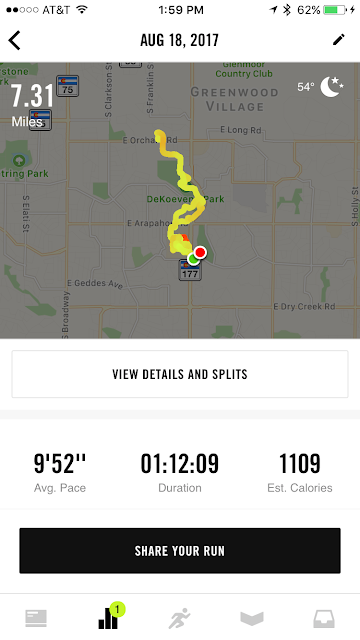