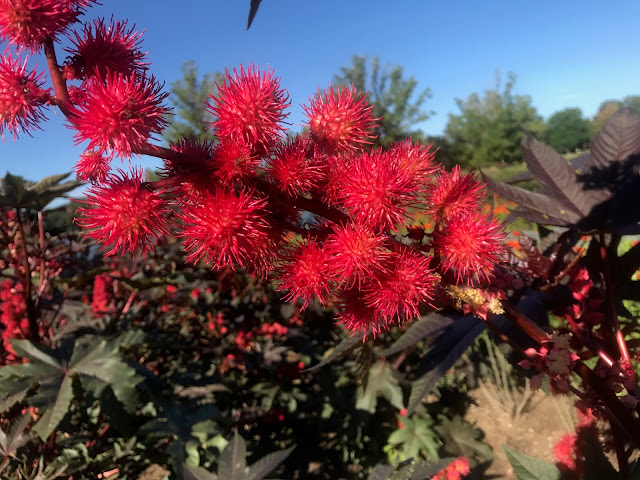 I've always like Bob Dylan, but I had never really done a deep dive into his albums before. He has a ridiculously large number of them, as one would expect of an artist who has basically been recording for as long as music has been being recorded. Sunday morning found me deciding to check out a couple of his more famous albums and I reached two conclusions upon pondering them: One, his music is really good. Two, how has nobody not started recording music under the name "Bob Dillon" just to see if he could sell a few albums to confused people who don't know how to spell the name of a legend?

I found myself in the spiritual home of my Sunday runs...Wash Park. I ended up doing this run in two parts because I briefly forgot to start my run under the "Featured" section of the running app and I almost did my run without setting the goal of doing a "Community Sunday 5K". I've done 27 of these in a row, and I almost lost my entirely meaningless (yet somehow still motivating) streak. I finished my run at .07 miles and then did the remaining 7.92 in a manner which would allow my streak to continue. That was a close one, and it explains why there are two maps, one which is a ridiculous straight line.

I'd also like to point out that the gardeners at Wash Park are wizards and have the coolest looking flowers and plants around. So hats off to you, guys (and potentially gals). Your work is appreciated. 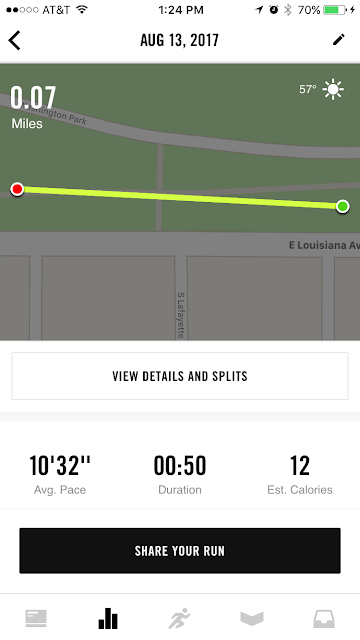 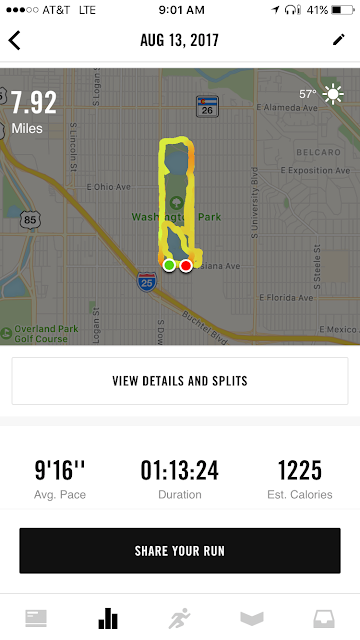