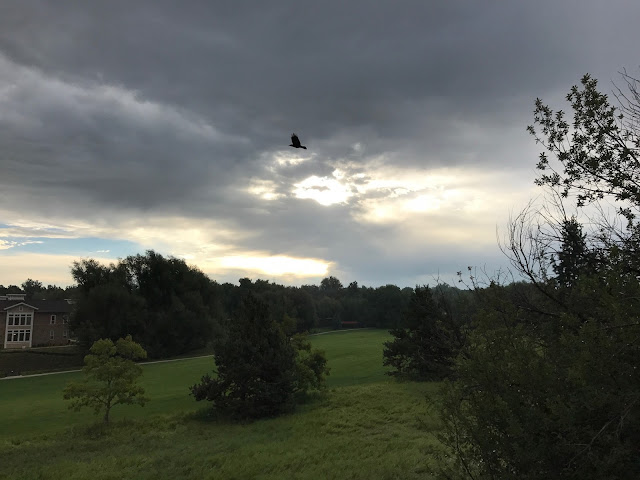 A retirement home was just build directly adjacent to DeKoevend Park, and although I have never been inside, I was able to confirm today that it is open for business. I was able to ascertain this because as I ran past it this morning in the park, the unmistakable smell of a mass produced breakfast was wafting through the air. You've probably smelled it before...a pungent smell of liquid eggs and greasy bacon and sausage. It isn't the worst smell ever, but it also doesn't signal four star dining. It's a school cafeteria or camp kitchen kind of smell. I've never smelled it before in the park, though. I must say that it feels incredibly out of place in a public park. There should be some way to partition off the smell from early morning park attenders.

Also, I was bragging with some co-workers two days ago about how I hadn't been bitten by a mosquito all summer. That was foolishness, as this morning the park was riddled with mosquitoes everywhere thanks to all the rain we've been having and the corresponding puddles of standing water. My braggadocio came immediately before a myriad of mosquitos made their own breakfast of me.

Finally, I chose this picture because a crow decided to enhance it for me. I saw a large group of crows this morning...a murder, if you will, and I thought they looked cool. Then this one flew into my landscape photo of the park and really classed it up. Thanks, crow! 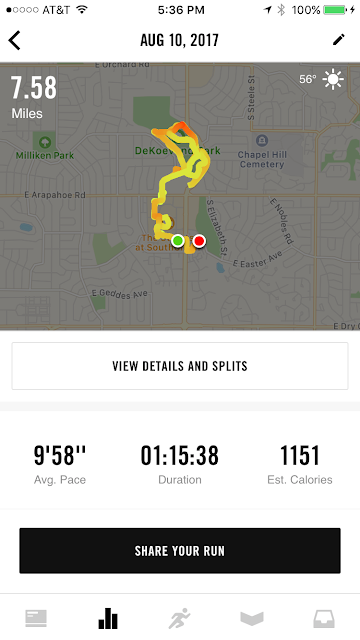