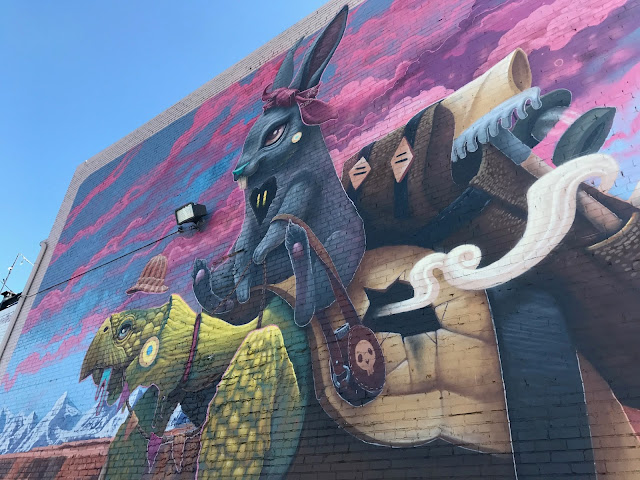 I had a rare Saturday running opportunity as my Mother-in-Law was in town which allowed me to take off while she stayed with the kids. I decided it was time to check back in with the Ri-No neighborhood to see what new murals I could find. I was not disappointed as this amazing Tortise and Hare job greeted me. I thought this one was spectacular, although I was a little bummed that the light was not ideal for a photo...although this one came out much better than I expected.

There were a lot of great looking murals, and it made me think that it had been too long since I ventured into Five Points to see what the artists living there had cooked up. I also realized that a Saturday run is a great thing, as I have the same laid back timeframe that I do on a Sunday run without having to go to work the next day. 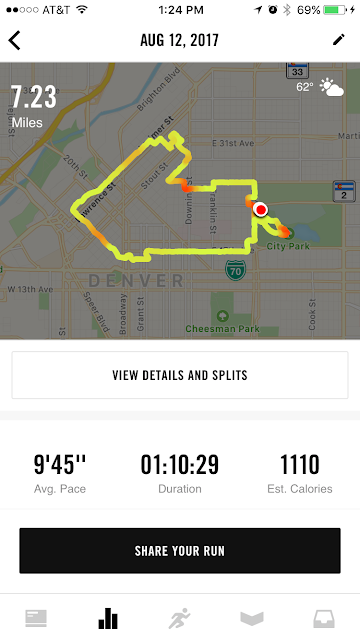