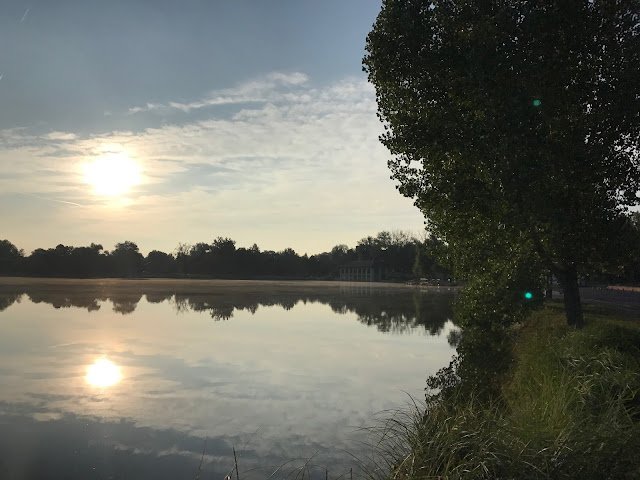 My knee's skin is still healing, but the good news is that despite the scrapes I was able to put in a super amazing morning of running. Wash Park was slightly cloudy and with the darkness came a slight chill which was perfect for running. I managed to get in almost eight miles while averaging under nine minutes a mile, which felt pretty spectacular. It was nice to get a real run in and not fall and maim myself, for a change!

The most noteworthy thing I saw on this run was a woman jogging without using her arms. It was the weirdest looking thing. Her arms just dangled there at her side. I did see her raise her arms a few times, so it wasn't as if she didn't have the use of her arms, she just ran without pumping them, which looks remarkably weird. I don't know how one develops that style, but it seems so unnatural that it's almost like she was trying to do it weird. 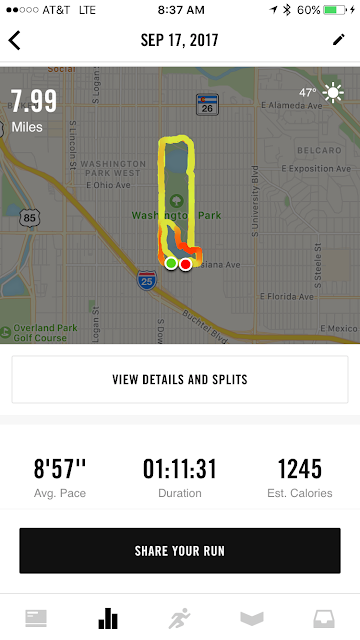