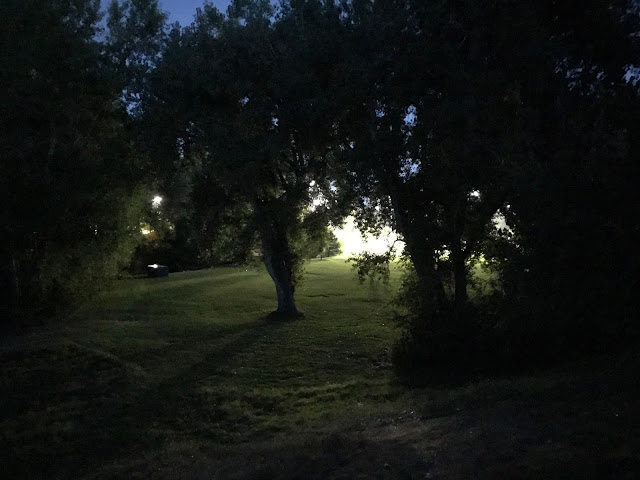 This run was painful and awful. I spent more time walking than running because my stomach was awash in gas pains and although I wasn't getting tired, I had to stop to rest because my belly hurt. I somehow managed to get four miles in, but it was a very unimpressive four miles. At about the halfway point on this run, I stopped in to the Goodson Rec Center hoping that a little time in the bathroom could help "the situation" I was facing. It didn't really help at all, although I was in a stall so long that the auto-timed lights shut off on me so that I was forced to finish up in the dark.

This run was memorable for more than just gastronomical distress, thanks to my wife being selected to serve on a jury, I was pressed into "getting the kids to school" duty. No big deal, but it meant that I couldn't run in the morning, so I waited until after dinner that night, which is why the photo above is so dark...as I took it in the middle of the night. The light in the background comes from the lights above the baseball field which was being used this night for adult flag football...a sport I didn't know existed, but watched a bit as I circled the field a few times on this outing. Hopefully next time I go out, my belly will cooperate and I'll actually do a pleasant run. At least I got a cool photo out of it which makes it look like I was witness to a UFO landing. 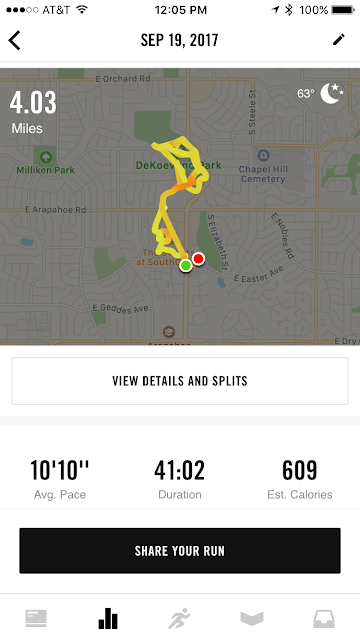