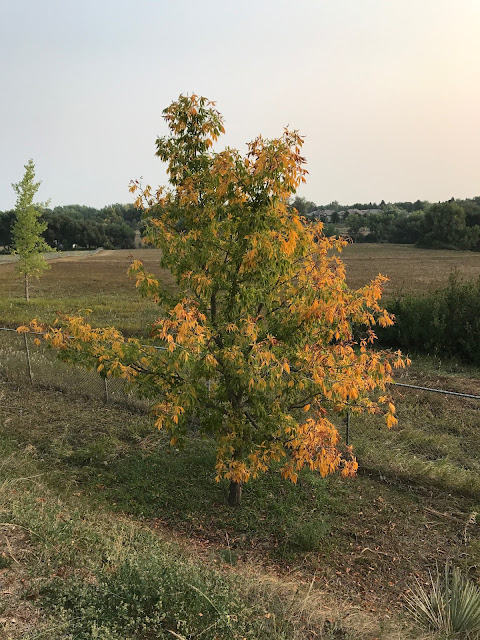 It's really starting to feel like September. The NFL season kicked off last night (holy cow, the Chiefs looked good in thumping the defending champion Patriots), the mornings are getting significantly cooler, night comes earlier, and this tree is turning yellow. This is not a bad thing, as I would say without any hesitation that September is the best month of the year. It's taken about a week to really get used to being in my favorite time of year, but I'm there. This run was a great exercise in September appreciation. I was a bit worn down, as this is my second run in two days, but I still managed to pretty much equal my pace from yesterday and see some truly beautiful scenes as I checked out my world this morning. It's a shame September is only 30 days. 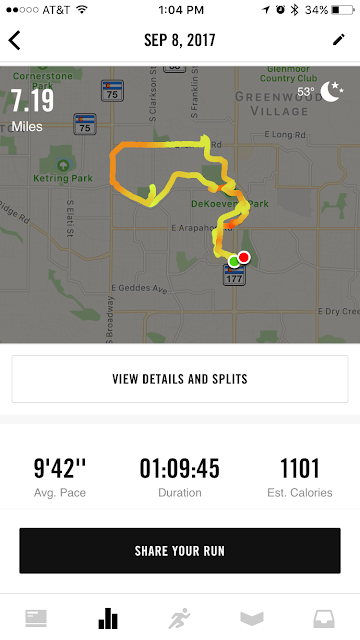