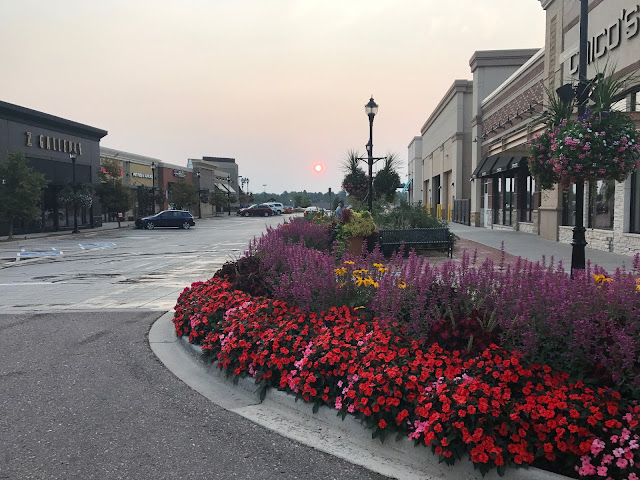 I actually felt pretty good about this run despite my average pace and miles. I felt like I had to overcome a lot on this one just to achieve average results, so I was pleased that I made it at the end.

I was more than a little out of sync this particular morning. It all started when I awoke to discover that I hadn't charged my phone the night before and it was sitting at 28% battery remaining. This meant that I had to wait a lot longer than normal to get started, so I ended up leaving about 45 minutes later than I usually would have. Not a good start. After waiting as long as I could, the battery was up to 72% and I felt I'd have sufficient juice for a run, so I took off.

It was about a mile into the run when I looked down and realized that I was wearing my old running shoes which I have retired due to the fact that they have around 600 miles on them and are pretty worn out for running. About six seconds after I realized this, I was crossing a bridge and caught my foot on a wooden plank and toppled to the ground. I sat up and laughed at myself because this morning was not going my way. The only thing hurt in the fall was my pride and my eight month streak of not falling on a run.

Despite non-optimum conditions, I was able to get into a pretty decent groove and was able to eek out seven miles even though with such a late start I was figuring I'd only get five at the most. By the time I was finished I felt pretty proud of what I had accomplished on such a funky Thursday.

Today's photo comes from the Streets at Southglenn. With all the fires burning in Montana, the skies have been red lately, and on this particular morning the sun was a deep red. You can sort of see it in the photo, but it was much more dramatic being there. 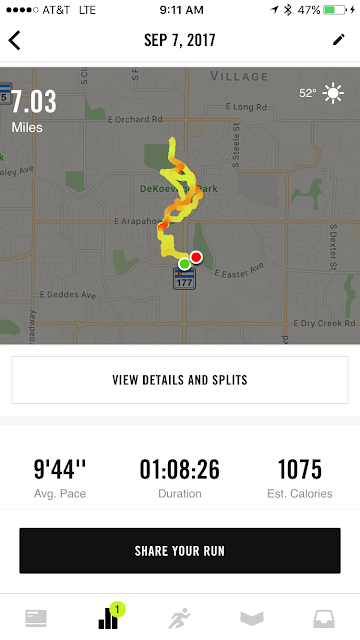