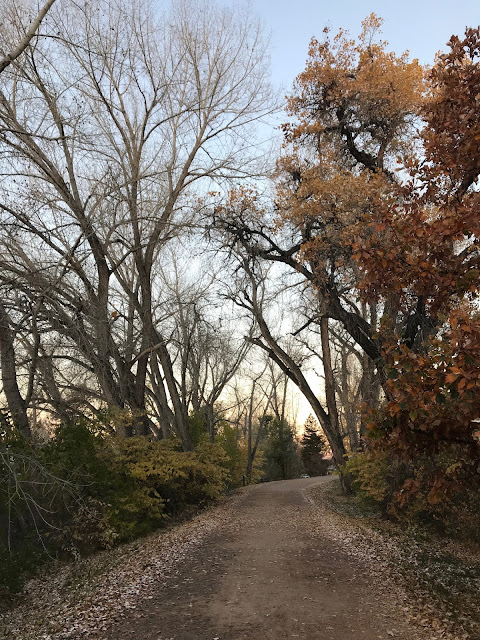 My weather app said that the temp this morning as I left the house was 23 but it "felt like" 17. I don't know how they figure "Feels Like" temperatures, but I will say it was stinking cold. I left a little late this morning just because I was trying to work myself up to get out into the chill. I've faced many colder runs that this, but this was the first run that actually felt like a winter run that I've had since probably March. Somehow I get used to this stuff, but the first time is always tough. I kept thinking it'd be so nice to just have yesterday morning's weather in the 50s.

I pushed through the initial cold and actually had a really great start to the run. Considering this was my second straight day, my legs felt pretty good. However, about two thirds of the way through, my blood sugar was feeling a bit low...this always feels the worst when I'm running because it's hard to sustain any kind of running momentum, I end up having to just walk for awhile. I ate the portable package of almond butter that I almost always run with for these situations, and walked for a good bit, trying to start running a few times, but never really able to really get going. Finally, I was able to put together a decent half mile at the end, but my legs had gotten super cold, so it was hard to get back to feeling good and moving well. I ended up with an average pace and decent mileage, but the end was definitely a disappointment. Still, this run pushed me over 100 miles for October, extending my streak to 46 consecutive 100 mile months. 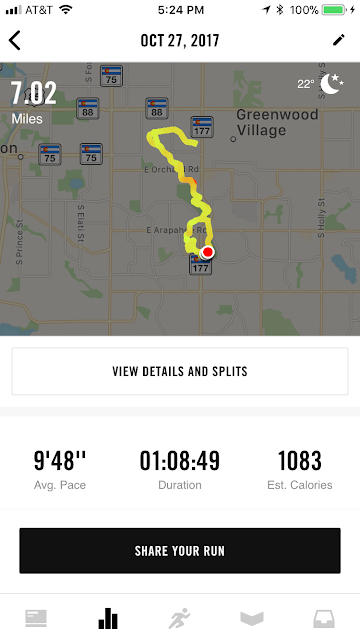