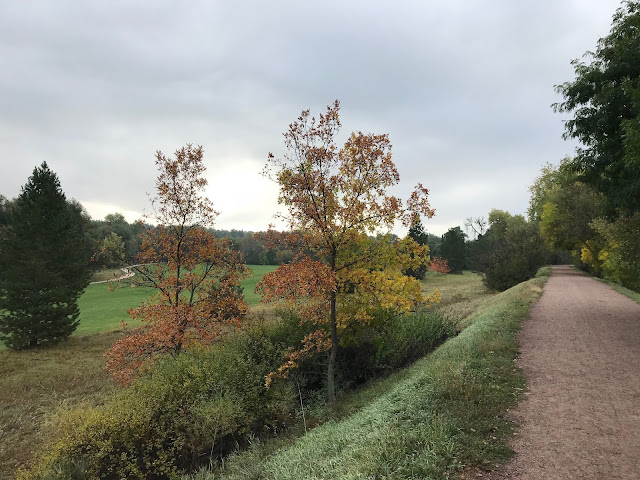 I think I've come to realize that the word "upgrade" means something different to computer designers than it does to normal people. Normal folk hear the word upgrade and think that it's something new and improved with thought going into it to make it better. I'm pretty sure computer designers consider the word upgrade to mean..."Here is the latest thing we pooped out. It hasn't been tested enough and it will probably not work the way you want it to, but it's newer than anything else we have made, so it's an "upgrade" to what you had.

I'm dealing with faulty upgrades all over the place. My work just "upgraded" to the newest version of Microsoft Office and it's an abomination. My phone was just "upgraded" to iOS 11, and it's a disaster. And worst of all, with the new iOS, the Podcast App was "upgraded" and it now is practically unusable. I'm getting really sick of computer folks "fixing" things with "upgrades".

Fortunately, my legs have not been upgraded at all and continue to work as I would like them to work. I had a glorious morning run despite being annoyed with my upgraded phone. October is one of the very best months to run because of all the leaves changing colors, so I found myself stopping and taking pictures of all sorts of stuff. It was really pretty, which I was worried it might not be as when I started out early this morning, it was like I was running through a cloud. It was misting and dreamlike. Not quite foggy, but definitely not clear. I was worried it would just be a gray and gloomy morning, but the fall colors made it spectacularly colorful even without the bright sun. 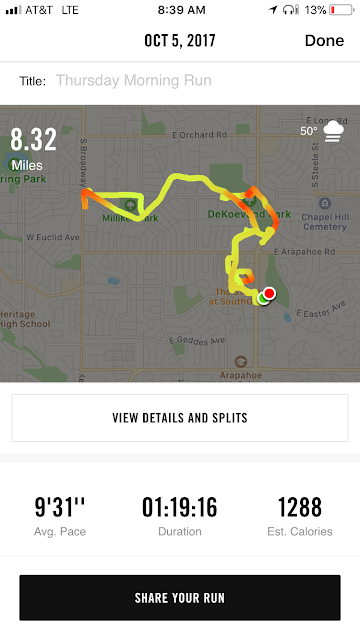